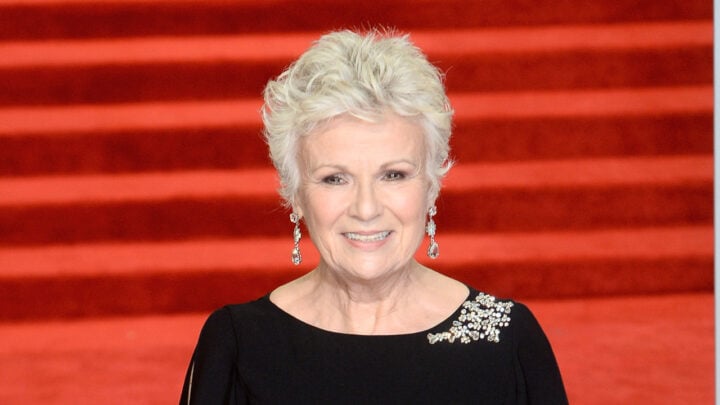 Dame Julie Walters said she doesn't want to work again unless they do a third Mamma Mia film. Source: Getty

Dame Julie Walters has blamed her acting career for her cancer diagnosis, and said she plans to give up work for good soon and finally “get off this treadmill”.

The 70-year-old, received the shock diagnosis of stage three bowel cancer over two years ago, but only revealed this to the public in February. She has since been given the all clear, but upon speaking to The Times recently said it’s time to step away from her career and give herself a break.

Julie said while she was shocked initially when she heard she had cancer and was straight away thinking of treatment options, there was part of her which was relieved that she would no longer have to work.

“There was also an element of going, ‘I don’t have to do any more work. I can actually get off this treadmill’,” she said. “Because I had been working really hard and it seemed like a big excuse not to do anything. Cancer trumps everything. So there was a huge relief in it, which is strange. But I needed something to stop me.”

The actress went on to say that she believes acting was the cause of her cancer – particularly the stress of the job and lack of sleep. Julie said prior to the diagnosis she was accepting every role that came to her, but now she has decided she doesn’t want to work again, unless they decide to do one particular movie.

“I thought, ‘I don’t want to work again’,” she told The Times. “Unless it’s another Mamma Mia.”

Julie first opened up about her cancer diagnosis during a chat on the BBC’s Victoria Derbyshire program. The actress told the presenter that she had visited the doctor with indigestion and slight discomfort a year earlier, but had returned for medical advice after she began vomiting and suffering stomach pain.

She was then referred to a gastric surgeon who sent the Oscar-nominated star for a CT scan which is when doctors discovered two primary tumours in the actress’ large intestine.

Julie then received a phone call asking her to see the specialist, as she filmed her most recent movie The Secret Garden, who told her the abnormality in her bowel may be cancer.

“I was still thinking, ‘that’s ridiculous, he must have made a mistake’. I couldn’t believe it,” Julie told Derbyshire. “[I felt] shock. First of all shock. And then you hold on to the positive, which was he said ‘we can fix this’.”

The Billy Elliot star underwent surgery to remove 30cm of her colon and then completed a course of chemotherapy, which she said didn’t result in hair loss. Assuring Derbyshire that she was doing “really well”, she added: “I’ve just had a scan, and I know that [I’m] clear.”

Do you know anyone who has been diagnosed with bowel cancer?