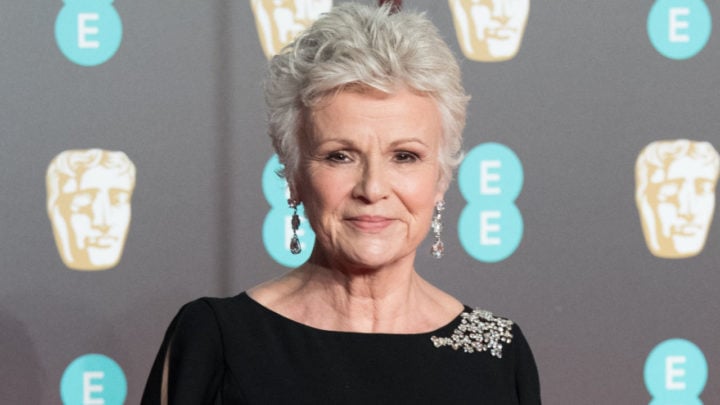 The 69-year-old, pictured here in 2018, said she has since been given the all clear. Source: Getty.

The 69-year-old told the BBC’s Victoria Derbyshire program about the shock diagnosis on Thursday and said she initially thought doctors must have got it wrong when they delivered the news.

Julie, who has since been given the all clear, told the presenter that she had visited the doctor with indigestion and slight discomfort a year earlier, but had returned for medical advice after she began vomiting and suffering stomach pain.

She was then referred to a gastric surgeon who sent the Oscar-nominated star for a CT scan which is when doctors discovered two primary tumours in the actress’ large intestine.

Julie then received a phone call asking her to see the specialist, as she filmed her most recent movie The Secret Garden, who told her the abnormality in her bowel may be cancer.

“I was still thinking, ‘That’s ridiculous, he must have made a mistake’. I couldn’t believe it,’ Julie told Derbyshire.

“[I felt] shock. First of all shock. And then you hold on to the positive, which was he said ‘We can fix this’.”

Dame Julie Walters reveals to @vicderbyshire she was diagnosed with Stage 3 bowel cancer.

Her most recent scan shows she’s all clear

Watch our full, exclusive interview from 10am on @BBCTwo & @BBCNews channelhttps://t.co/vGdBOxeXOx pic.twitter.com/zXoinVj1Tc

The Billy Elliot star underwent surgery to remove 30cm of her colon and then completed a course of chemotherapy, which she said did not result in hair loss.

Assuring Derbyshire that she was doing “really well’, she added: “I’ve just had a scan, and I know that [I’m] clear.”

The actress also revealed that her husband of 22 years Grant Roffey fought back tears when she told him the shocking news, and said she “will never forget his face”.

Have you, or someone close to you, been diagnosed with bowel cancer?