‘A state of flux’: Mick Jagger opens up about friction between ‘Rolling Stones’ bandmates 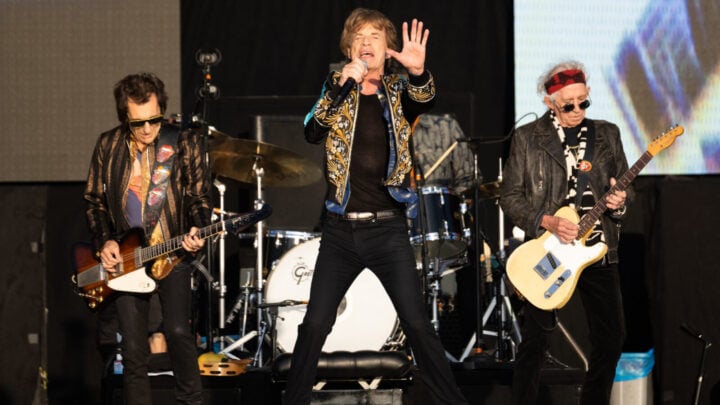 Jagger spoke about his relationship with fellow bandmate and legend, Keith Richards, 78, subtly admitting the two often had their ups and downs. Source: Getty

Rolling Stones’ lead singer Mick Jagger, 78, has opened up about what it’s really like to work with his fellow bandmates, revealing the relationship they share is “not like a family at all”.

In the BBC documentary series, My Life As A Rolling Stone, Jagger admitted he considered his bandmates as friends whose relationships are ever changing and evolving.

Jagger compared his relationship with his bandmates to that with his brother, admitting he felt the two were vastly different, despite the misconception that bands are a family.

“The things about bands is that, it’s a collection of individuals as a band and they say ‘You’re just like brothers, you’re just like a family’,” Jagger explained.

Jagger spoke about his relationship with fellow bandmate and music legend, Keith Richards, 78, admitting the two often had a strained relationship.

Jagger likened the band dynamic to everyday relationships and their ever-changing and evolving “roles”.

“Friendships and love affairs have roles to play but those roles change and so it’s in a state of flux so it’s never the same,” Jagger explained.

“If you’re talking to me about a band like the Rolling Stones that have been around for such a long time, then all of these things apply.”

It’s common knowledge that Jagger and Richards have experienced their fair share of difficulties throughout the years, with Richards opening up about the feud in his 2011 memoir.

Richards admitted he and other bandmates often referred to Jagger via a different name when they complained about him.

“He [Jagger] became Brenda, or her Majesty,” Richards wrote.

“We’d be talking about ‘that bitch Brenda’ with him in the room, and he wouldn’t know.”

According to express.co.uk, Richards has since apologised to Jagger “after certain parts of the biography caused offence”.

Richards admitted their feud garnered so much attention that they began to pretend to fight to keep up the narrative.

“Before I know it, Mick and I are sort of making up fights just to keep everyone happy,” Richards admitted.

“It gets ridiculous. No, we’re tight,” he said, despite their ups and downs.

In a previous episode of the four-part docu-series, A Life As a Rolling Stone, the remaining Rolling Stones band members came together for a candid interview to remember all the things they loved about their late bandmate Charlie Watts and to share some of their fondest memories of him.

Jagger confessed that he missed Watts “on so many levels” while Keith Richards revealed he was “still dealing” with the loss of his friend, whom he described as the “engine” of the band.

The long-serving drummer tragically passed away in August 2021 at 80 years old.