‘I miss Charlie on many levels’: The Rolling Stones open up on loss of late band member Charlie Watts 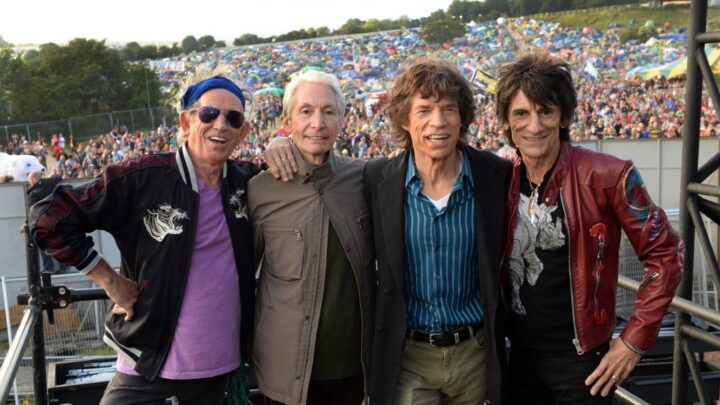 The remaining Rolling Stones band members Mick Jagger, Keith Richards and Ronnie Wood have opened up about the loss of their “perfect” and “unique” drummer Charlie Watts in an upcoming BBC documentary series about their lives together.

The four-part docu-series titled A Life As A Rolling Stone was set to celebrate the band’s 60th anniversary. Each episode was set to focus on one band member’s experience as one of musics’ biggest rock legends, however, during filming, the band’s long-serving drummer tragically passed away in August 2021 at 80 years old.

So, for this episode, his bandmates have come together for a candid interview to remember all the things they loved about Watts and to share some of their fondest memories of him.

Frontman and lead singer, Mick Jagger, 78, confessed that he missed Watts “on so many levels” while Keith Richards, 78, revealed he was “still dealing” with the loss of his friend, whom he described as the “engine” of the band.

Richards also shared how he had helped Watts through his struggles with addiction later in life.

“The main thing that really worried me about Charlie at a point was that he was drinking heavy-duty cognac… If he was dabbling with other stuff I didn’t really mind, it was the booze,” he said.

“Some people are just perfect as they are. They don’t need stimulants. Us imperfections, we need help, but Charlie Watts didn’t need any, he was immaculate, an immaculate conception. Bless his heart.”

Meanwhile, Ronnie Wood fondly remembers Watts’ immaculate organisational skills, recalling how gutted he was when he heard of his friend’s passing.

“When Charlie passed we were mind-blown. We have the spirit of Charlie playing with us,” he said.

Wood also talked about Watts’ habit of drawing every bed he slept in on tour as a diary of his career, with the sketches dating back from the 60s.

“I always said to him: ‘Charlie, you should release these, people want to see them.’ ‘Nobody wants to see these,’ and I’d say: ‘They do Charlie, it’s a real eye into your world.’”

“He totally underestimated his power as a person.”

Their upcoming BBC series comes after the band paid tribute to their late drummer on what would have been his 81st birthday.

Taking to his Instagram story, Jagger shared an old black-and-white photo of him and Watts in Dallas in 1981, writing “Happy birthday Charlie. We miss you.”

While Wood, who celebrated his 75th birthday on June 1, remembered his “Gemini twin” in a series of photos on Twitter.

Remembering my dear Charlie, my Gemini twin, on his birthday today. I miss you???????? pic.twitter.com/SNPtFwcRUG

While Richards shared a more recent photo of him and Watts sharing a silly moment together, on his Instagram.

Every episode of My Life As A Rolling Stone will be available on BBC iPlayer from July 2.

With Mick Jagger’s episode kicking off on BBC Two, followed by the Ronnie Wood and Keith Richards episodes following on July 9 and the Charlie Watts film completing the series later in July.