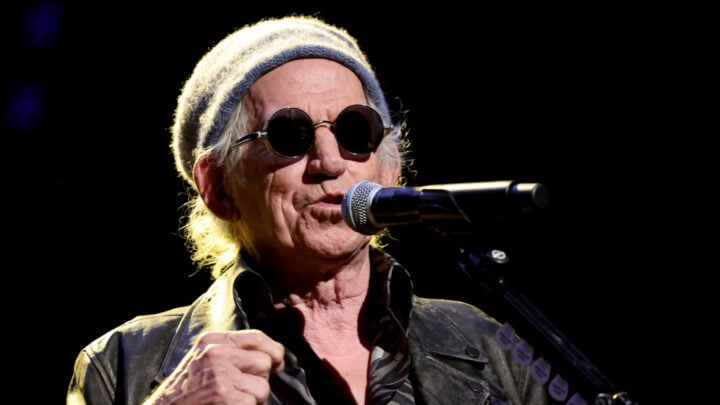 The famous musician is well known for his signature cigarette-in-mouth look, often smoking as he played the guitar during live gigs. Source: Getty

After 55 years of smoking, The Rolling Stones co-founder and guitarist, Keith Richards has finally quit the habit, revealing he is feeling better than ever after the major lifestyle change.

The famous musician is well known for his signature cigarette-in-mouth look, often smoking as he played the guitar during live gigs.

In a recent interview with CBS’ Sunday Morning, Richards admitted he hadn’t noticed the detrimental effect smoking had on his lungs until he made the decision to quit before the US 2021 The Rolling Stones Tour.

“I didn’t notice things until I started rehearsing for the tour last year and when I started working, I noticed I had more air in the lungs and in the voice,” said Richards.

Richards is no stranger to dabbling in recreational drugs, having been a heavy user of heroin and cocaine throughout his long-spanning career. The musician quit using heroin in 1978 and following a shock accident in 2006, he also gave up cocaine.

“I’ve given up everything now, which is a trip in itself,” Richards admitted.

In his memoir titled Life, the rock icon attributed his mortality to the use of high quality drugs and knowing his limits.

“It’s not only the high quality drugs that I attribute my survival to. I was very meticulous about how much I took. I’d never put more in to get a little higher,” he wrote.

“That’s where most people f**k up on drugs. It’s the greed that never really affected me.

“People think once they’ve got this high, if they take some more they’re going to get a little higher.

“There’s no such thing. Especially with cocaine…Maybe that’ a measure of control and maybe I’m rare in that aspect. Maybe there I have an advantage.”

Richards admitted he considered his “body as a temple”, and it was his sole right to treat it as he saw fit.

“When I was taking dope, I was fully convinced that my body is my temple,” he wrote.

“I can do anything I want with it and nobody can tell me yea or nay.”

Throughout his career, Richards has suffered a number of serious accidents which saw delays to The Rolling Stones major touring schedule. In 1998, Richards fell off a ladder in the library of his Connecticut home where he broke three ribs from the force of the books that fell on him.

However it wasn’t until the musician experienced a serious fall from a tree in 2006 where he suffered a potentially fatal blood cot on the brain, that he finally put his drug days behind him. At the time, Richards hadn’t realised how severe his injuries were until he experienced a blinding headache and seizures during a boat ride with his wife, Patti Hansen, which eventuated in the musician having to undergo cranial surgery.

Despite the disruption to the touring schedule and when asked about whether the incident would see him retire from touring, Richards was having none of it.

“Retire? I can’t spell the word. I’d play on in a wheelchair. This is what we do. Otherwise, what is life all about?” he said.

What do you think of Richard's new way of life?