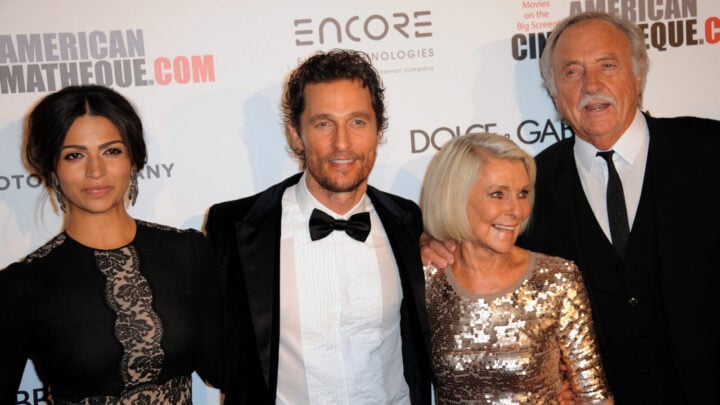 Matthew McConaughey has opened up about his father’s death in 1992, revealing that he died from a heart attack whilst having sex with his wife Mary, Matthew’s mother.

Matthew recalled the awful moment he received the news of his father’s sudden death, “I got a call from my mum. ‘Your dad died,’ he wrote.

“My knees just buckled. I couldn’t believe it. He was my dad. Nobody or nothing could kill him. Except for mum.”

“He’d always told me and my brothers, ‘Boys when I go home, I’m gonna be makin’ love to your mother.'”

Unfortunately for his father, that would become the bittersweet end to his life.

“He had a heart attack when he climaxed.”

According to Harvard Medical School, “the absolute risk of a heart attack for a 50-year-old man who exercises regularly is 1 chance in a million per hour”

“Tripling that risk by engaging in sexual activity boosts it to 3 in one million per hour, and only for the two-hour period during and after sexual activity.”

Matthew went on to detail his parent’s passionate but “tumultuous” relationship over the years.

In an interview with People Magazine, he told viewers, “Look, they were at times violent”

“That is how they communicated. They were divorced twice, married three times. I mean, yeah, it was like the Pacific Ocean in a storm.”

Matthew explained that the violent moments were always short-lived, outweighed by the love his parents shared for each other.

“But, as I say in the book, those moments were so quickly, always, 100% of the time, so quickly superseded by the love and humanity”, he said.

Matthew also recalled his parent’s reactions when he or his brothers made a mistake as children.

His parents would often tell him, “I love you Matthew, I just don’t like you right now”.

He explained, “The love will always be superseded by far and envelop everything, and sort of overann however ugly the situation may have been. The love was never in question”.

When relating his parent’s often volatile relationship to his own relationship with wife Camila, Matthew said, “I don’t remember the last time I raised my voice to Camila”.

“Camila and I don’t have a relationship like my mum and dad”, he said.

“We have a love that we never question.”

Do you know anyone who has suffered the same fate?