Why is it so hard for men to say it like it is when it comes to heart attacks? 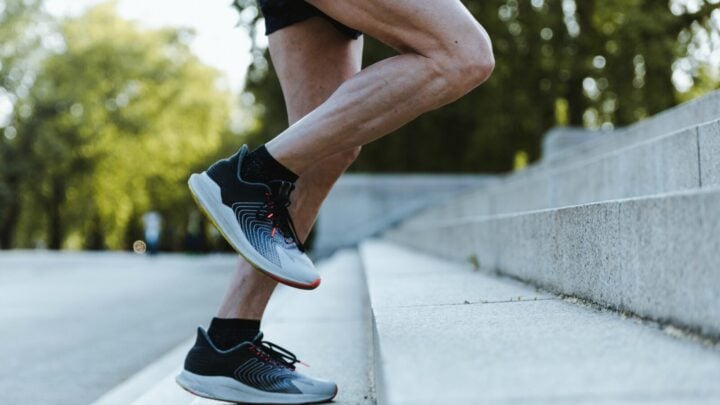 Madonna King has opened up about her husband's recent heart attack, which happened while he was out running. Source: Getty (model posed for picture).

My husband recently had a heart attack; a massive one, as far as heart attacks go, while out running. He fell hard, hitting his head. He stopped breathing and was out for the count, on the side of a suburban Brisbane street.

Fate intervened, thank God. Two wonderful strangers, in a Covid world, pounded his chest until their arms ached, determined to push life back into his body. Paramedics, those highly trained and poorly paid experts who practise thaumaturgy, turned death into life again.

This isn’t a story about any of that, or the miracle they delivered. That’s for another day, when it’s not quite as raw, and easier to write. But this week I’ve been pondering why we find it so difficult to say some words.

Take ‘heart attack’, for example. It’s two simple words, but few people – other than medicos – have been able to utter them to me in any conversation since then.

For the record, he’s on his way to being fighting fit again. But none of those words describes what he went through, or as a heart attack is defined, ‘a sudden occurrence of coronary thrombosis, typically resulting in the death of part of a heart muscle and sometimes fatal’.

It wreaks havoc on its targets — more often than not men — and their loved ones. It claims more lives than any other disease in Australia; one in every 10 deaths. It kills an Australian every 30 minutes. It results in 48 deaths every day and it sends 443 people to hospital every 24 hours. It’s no afternoon delight. So why do we tiptoe around it, finding every euphemism under the sun to describe it?

Roly Sussex, emeritus professor of Applied Language Studies at the School of Languages and Cultures at the University of Queensland, says words like ‘heart attack’ and other health terms fell victim to taboo and euphemism.

The word taboo, which was introduced into the English language by Captain James Cook, suggests something forbidden; something too bad to talk about. And euphemisms just made ugly things more palatable.

“People tiptoe around threatening illnesses like anything,” Professor Sussex said.

And like heart attacks, men had a bigger problem with it than women. “They beat around the bush,” he said. “Women are much more ready to call a spade a spade.”

Language expert Dr Louise Mahler says calling a heart attack by friendly, inoffensive names suggested a “massive avoidance” by those using them. And in part that was because men didn’t like drama.

Incidentally and ironically, it is also men who are less likely to visit a doctor, to worry about their health and to know the symptoms of a heart attack. But the impact of making words more palatable runs deeper than language; it has consequences for its funding, treatment and research.

Those at the frontline know that, and inside a coronary care or cardiology unit, a heart attack is the prettiest way to describe it not working. Try a ‘coronary death’ for good measure. Or the fact that it was the ‘widowmaker artery’ that presented the problem. No euphemisms here.

Nothing is taboo, when it comes to saving lives. The laconic lingo of men describing a heart attack – their biggest killer – is polar opposites to how the biggest killer of women – lung and breast cancer – is described.

Can you imagine those murderous cancers being passed off as an ‘adventure of the breasts’? Or a ‘mishap of the boobs’? Imagine lung cancer being termed ‘that chest thingy’. Calling a spade a spade when it comes to illness is pivotal in the pursuit of public donation and awareness, and for better outcomes for those who it affects.

Breast cancer is the poster child here. We see tortured breasts under headlines for donations pop up on our Facebook feeds. We read stories of young women whose lives have been destroyed by cancer. And we respond: We wear pink, host morning teas, run five kilometres each Easter to raise funds, and teach our daughters the symptoms to check.

Euphemisms have no place when it comes to taking on the nation’s biggest killer. There’s nothing innocuous, inoffensive or bland about a Wednesday evening heart attack.

This article originally appeared in The New Daily.