Bob Hawke’s daughter ‘to challenge will, after he left everything to Blanche’ 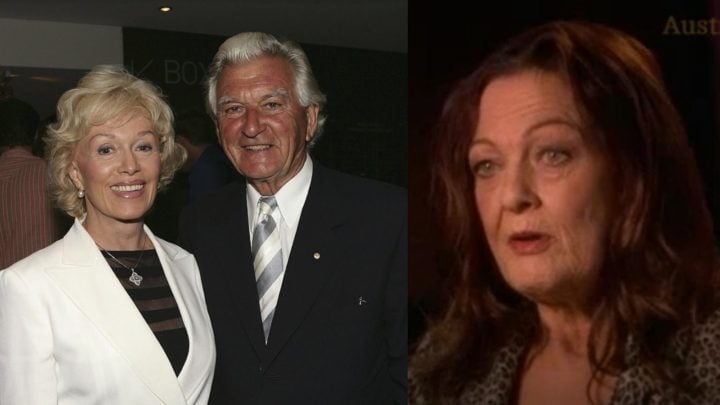 The daughter of late politician Bob Hawke is reportedly set to launch legal action against her stepmother Blanche D’Alpuget after a row is said to have broken out over the contents of the former PM’s will.

According to a report in The New Daily, Rosslyn Dillon has allegedly threatened to challenge the will in court, after Hawke bequeathed his entire multi-million dollar estate to his second wife, who he married in 1995.

The 58-year-old – whose mother was Hawke’s first wife Hazel Hawke – received a sum of around $750,000 from her father’s estate, reports the news outlet, under an agreement which was penned separately to her father’s will.

The same amount was reportedly also paid to Rosslyn’s siblings Susan Pieters-Hawke and Stephen Hawke, along with D’Alpuget’s son Louis Pratt, following Hawke’s death in May. It has been claimed that no further provision was made for Hawke’s three children, with everything going to Blanche.

According to reports, the case looks set to proceed to the New South Wales Supreme Court, unless both parties can come to a private agreement.

Rosslyn has employed Sydney family law specialists Tiyce & Lawyers to represent her, however they declined to comment on the matter.

Hawke’s personal life and his infidelity originally made headlines around the country in 1995 when he divorced his wife Hazel (nee Masterson) and married biographer D’Alpuget. Of course, the affair started much earlier than that and the pair struck up a relationship in 1978. They rekindled their romance in the mid-80s before Hawke left his wife.

While the dissolution of their marriage hurt Hazel deeply, Hawke always maintained he respected her hugely and was even by her side when she died from Alzheimer’s disease in 2013. D’Alpuget told The Australian things were “perfectly amicable” between her and Hazel at family gatherings and she felt pain and sympathy for Hazel because they both loved the same man.

Hawke’s children were estranged from Blanche for many years after he remarried, but insisted they had made amends in a recent appearance on ABC’s Australian Story.

“Particularly since I lost Mum, we have become extremely close,’’ Dillon told the show at the time.

Starts at 60 contacted Tiyce & Lawyers prior to publication, but they declined to comment.