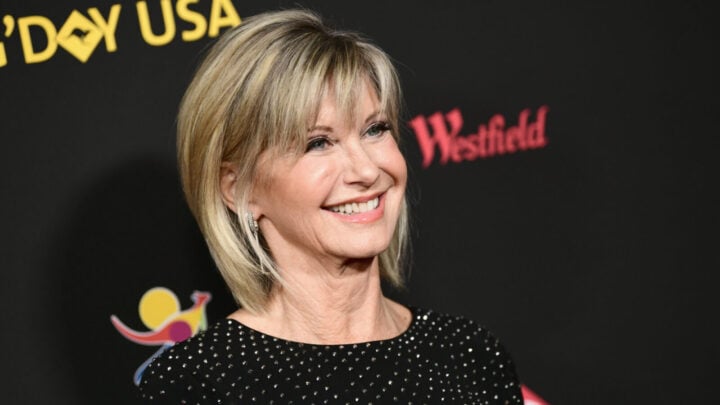 Australians are in mourning today following the devastating loss of Australian entertainment icon Dame Olivia Newton-John who passed away following a long battle with cancer.

The Grease star died peacefully surrounded by her family at her Southern California ranch, according to her husband John Easterling who announced her passing via social media.

“Dame Olivia Newton-John (73) passed away peacefully at her Ranch in Southern California this morning, surrounded by family and friends. We ask that everyone please respect the family’s privacy during this very difficult time,” he wrote.

“Olivia has been a symbol of triumphs and hope for over 30 years sharing her journey with breast cancer. Her healing inspiration and pioneering experience with plant medicine continues with the Olivia Newton-John Foundation Fund, dedicated to researching plant medicine and cancer. In lieu of flowers, the family asks that any donations be made in her memory to the @onjfoundation.

Newton-John was born September 26, 1948, and quickly developed a love for entertaining when at age 14 she formed Sol Four, an all-girl group with three classmates that often performed in her brother-in-law’s coffee shop.

She soon began appearing on a number of variety shows such as The Happy Show and The Go!! Show where she met future duet partner, singer Pat Carroll and her future husband and music producer John Farrar.

In 1965 she performed Anyone Who Had a Heart and Everything’s Coming Up Roses for a talent contest on the television program Sing, Sing, Sing and won a trip to England.

While overseas Newton-John recorded her first single, Till You Say You’ll Be Mine, for Decca Records in 1966 and after Carroll moved to the UK the pair formed a duo act called Pat and Olivia and toured nightclubs in Europe.

Newton-John released her first solo album, If Not for You in 1971 which proved to be an international hit. She followed this success with her second single, Banks of the Ohio which made it to the top 10 in Australia and the UK.

In 1972, Newton-John’s second UK album, Olivia, was released and after the release of Let Me Be There in 1973 Newton-John began garnering serious recognition in the US after the song reached the top 10 in the Pop, Country, and AC charts. The song also earned her a Grammy for Best Country Female and an Academy of Country Music award for Most Promising Female Vocalist.

Newton-John represented the UK in the Eurovision Song Contest in 1974, performing the song Long Live Love. She placed fourth in the contest with Swedish super group ABBA taking out the top spot.

Fellow Australian singer Helen Reddy convinced her to move to the US in 1975, where Newton-John released the albums Have You Never Been Mellow, Clearly Love and Making a Good Thing Better.

Her singles continued to top the charts, achieving 10 number one singles, and in 1977 her Olivia Newton-John’s Greatest Hits became her first platinum album.

Although Newton-John enjoyed considerable success in her music career it was her role as Sandy Olsson in the 1978 film adaptation of the Broadway musical Grease that shot her to superstardom.

Grease went on to become the biggest box-office hit of 1978 with the film’s soundtrack enjoying 12 non-consecutive weeks at number one and yielding three top five singles for Newton-John including You’re the One That I Want with John Travolta, Hopelessly Devoted to You, and Summer Nights alongside Travolta and the film’s cast.

Her performance earned her a People’s Choice Award for Favorite Film Actress and she was also nominated for a Golden Globe as Best Actress in a Musical.

Following her role in Grease, Newton-John shed her wholesome image and opted for a more risque image which was reinforced with her 1981 album Physical which became her most successful studio album. The title track went double platinum and spent 10 weeks atop the Billboard Hot 100.

The album is regarded as one of Newton John’s most controversial albums, given its intimate lyrical focus around topics of love, sex, and kinesthetics, amongst other themes. Despite the sexually evocative tone of the album which saw it banned and edited by a number of broadcast stations, Physical has since sold more than 10 million copies globally.

Newton-John, spoke with Hoda Kotb on TODAY, in October 2021 regarding the reaction at the time to the track.

“Today the lyrics are like a lullaby, don’t you reckon? But in those days …,” she said.

“I remember listening to it and going, ‘That’s a really great song,’ and didn’t really tune in to what it was about. And then when I recorded it, I started to panic, and I called my manager and said, ‘I think I’ve gone too far with this song. It’s just too much.’ And he said, ‘Well, it’s too late love, it’s taken off everywhere.’”

Sadly, Newton-John was diagnosed with breast cancer in 1992, she overcome the disease after undergoing a partial mastectomy and chemotherapy.

Throughout her illness, Newton-John managed her pain through medical cannabis and became an advocate for its use.