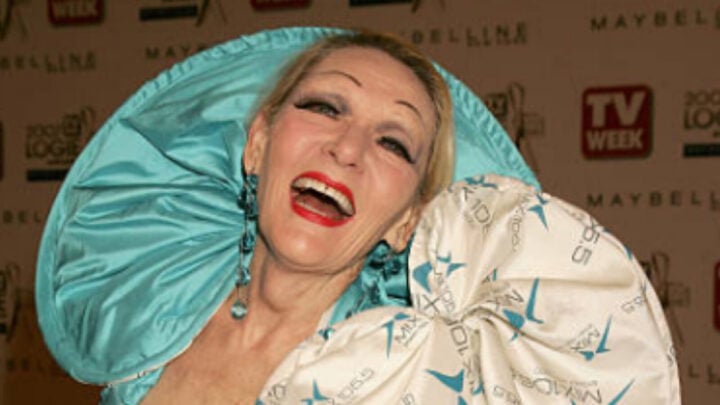 Australia is in mourning following the sad passing of one the country’s greatest entertainers, Jeanne Little, following a long battle with Alzheimer’s.

Her daughter Katie Little confirmed the sad news on social media on Saturday night, saying while it was a “huge shock”, she’s “grateful to have had such a wonderful mother.

“My mother has left the earthly plane,” she wrote on Facebook alongside a beautiful photo of herself as a child sitting on her mum’s lap. “This is a huge shock – but I’m so grateful. Love to all my friend.”

Meanwhile, the daughter took to Twitter as well to share a beautiful poem and yet another gorgeous photo of Jeannie and herself from many years ago.

Cheers Mum, to all the fun times.

Katie’s posts on social media received hundreds of comments from friends and fans as they remembered Jeanne and her incredible impact on Australia and the entertainment world.

“Oh Katie, you are beyond blessed to have been connected on earth and have such a special guide,” Martine Folden commented on Facebook. “I will always remember your mum, she is a super special soul. Much love.”

While Rob Brown wrote on Facebook: “Wishing lots of love to my fried Katie, daughter of the late Jeanne Little, who died this evening after a long battle with Alzheimer’s disease. Jeanne was an Australian icon. A Gold Logie winner, she was known for her fashion, her voice and her charm.

“I know recent years have been especially tough, and due to the pandemic Katie hasn’t been able to see as much of her mum as she normally would even though she was in a nursing home close by. Alzheimer’s is a cruel disease. Thinking of you Katie.”

And Deidre Kinmee commented: “Jeanne Little was such an inspiration to me. Anyone that knows me well will be aware of how often I say ‘ohhhh ahhh’ … I actually got this from Jeanne. I had the privilege of meeting her and she was just as fabulous in person as she was on screen. RIP you amazingly talented and creative soul. Love and light to Katie and all that knew her.”

Jeanne’s death comes months over a year after the passing of her husband Barry. He was 89-years-old. At the time Katie shared the news with news outlet PS Sydney saying it felt like she had lost both of her parents already.

The husband of The Mike Walsh Show star is said to have passed away just days after celebrating his 89th birthday, in the Sydney nursing home where he lived with Jeanne. However, Jeanne was said to remain “oblivious” to the sad news.

“It was very emotional for me… you know, I feel like I have lost both my parents,” Katie said.

What's your favourite memory of Jeanne Little? Do you have a message for her family and friend's during this challenging time?