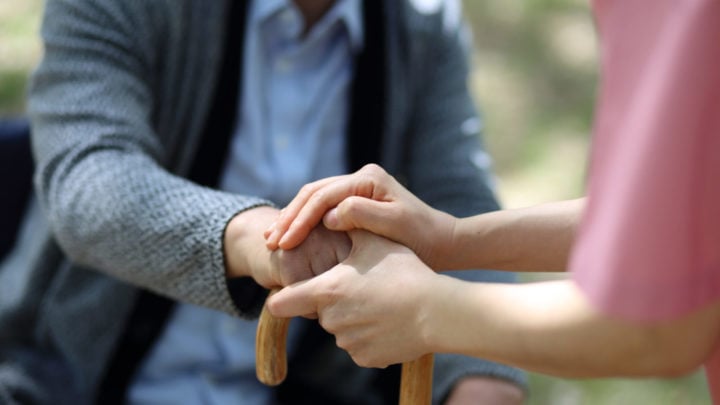 Australia's doesn't spend as much money on the aged care industry as other OECD countries, a new study has found. Source: Getty

More Australians are making use of aged care facilities than the majority of other OECD countries, but it has one of the lowest financial investments in the sector, a new study has revealed.

For years aged care facilities have been calling on the Australian Government to boost funding to help provide adequate care for the country’s most vulnerable, however most of these calls have gone unanswered and many aged care homes are still struggling to get by. And now research has revealed just how dire the situation really is – and experts claim there needs to be a greater move towards home care, to ensure the elderly are properly cared for.

In a new Medical Journal of Australia research article, aged care experts have summarised a review of international approaches to the provision of aged care conducted for the Royal Commission into Aged Care Quality and Safety. They used Organisation for Economic Co-operation and Development (OECD) data collected in 13 countries to see how Australia compares to the rest of the world.

And one of the main discoveries was just how many Australians are currently residing in aged care facilities. According to the research, Australia provides institutional long-term care for almost 20 per cent of the population aged 80 and over, and 6 per cent of those aged 65 and above.

This places Australia as the nation with the highest proportion of older people living in this type of care compared with 11 other countries. However, worryingly, experts also found Australia spends a significantly less amount of money on the aged care sector.

“The expenditure estimates indicate that many other nations spend a much great proportion of their GDP  (gross domestic product) on long term care for older people. The data indicates that in Australia a comparatively high proportion of older people live in institutions, with a relatively low financial investment in the whole aged care sector.”

According to experts, this high proportion of Australians in aged care is likely to do with the long waiting list for home care packages throughout the country. They said while many countries have wait lists for home care services, the wait times of over 12 months for home care package in Australia may lead to premature admission to institutional care for some people.

They suggested: “To reduce the number and proportion of older Australians living in residential aged care, there needs to be an increase in investment across the sector, particularly in home and community-based care.”

This isn’t the first time Australia’s aged care industry has been put in the spotlight. Earlier this month another study revealed the shocking extent of staff shortages in facilities across the country.

Researchers from the University of Wollongong slammed the industry in the report published in The Medical Journal of Australia, claiming inadequate staffing is putting Australia’s elderly at serious risk. The team were specifically tasked by the Royal Commission into Aged Care Quality and Safety to conduct a review of staffing levels in residential aged care facilities (RACFs) — and the results were shocking.

Do you have a loved one in aged care? Do you think more needs to be done to provide care for the elderly?