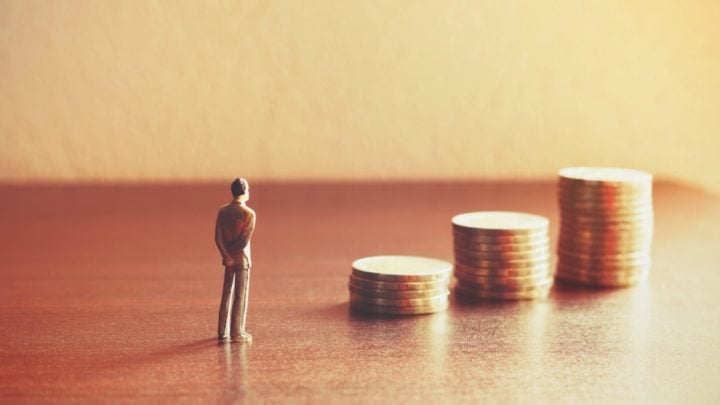 Older Australians will be left to rely on the Age Pension as their primary source of retirement income if the Coalition ditches plans to raise the superannuation guarantee (SG) from 9.5 to 12 per cent, one of the country’s top actuaries has flagged.

Michael Rice, founder of the influential consultancy Rice Warner, launched a report on Monday in which he urged the government to stick to an agreement to increase the super guarantee, as was recommended by the Productivity Commission at the start of the year, The Australian reports.

Speaking to The Australian ahead of his appearance at the Actuaries Institute annual summit today, Rice said a large number of future retirees would be forced to depend on the state payment for support if compulsory contributions were frozen at their current rate.

The new report prepared by Rice, along with Rice Warner head of superannuation Nathan Bonarius, came as the Coalition considers scrapping legislated changes which will see the super guarantee increase from 9.5 per cent to 12 per cent, going up in increments of 0.5 cent per cent a year for five years from July 2021.

While Treasurer Josh Frydenberg has not confirmed any plans to freeze the guarantee at the current rate of 9.5 percent of ordinary salary, he did confirm last week that he planned to conduct a review into retirement incomes, focusing on superannuation, the Age Pension and taxation. There has been speculation that this review into the multi-trillion-dollar super sector could replace the plan to increase the guarantee.

But Rice Warner’s calculations indicate that it requires a guarantee of between 10 percent and 15 percent to provide an “adequate” standard of living for “most, while not being excessively generous to too many” retirees.

“An SG below 10 per cent would result in median income earners relying on the Age Pension for most of their retirement income,” the paper says. according to The Australian. “While this would provide a comfortable living standard for middle-income Australians, it’s not a desirable result if we want people to be self sufficient in retirement.

“Further, many people living on a full Age Pension (particularly renters) are living in poverty, indicating the Age Pension by itself is not enough.”

Rice Warner’s suggestion would see 15-20 per cent of the population supported by welfare payments, while 35 to 40 per cent would allegedly have enough savings to allow them to partly supplement their income with the pension.

The consultancy’s suggested scenario would see wealthier retirees, accounting for between 40 and 50 per cent of the population, being self sufficient in retirement. However, increasing the rate of super would have to be done in conjunction with the lowering of some tax concessions for wealthier Aussies, according to the report.

The Grattan Institute, however, has previously raised concerns about raising the super guarantee, claiming it will weigh heavier on the national budget.

“Many people believe that compulsory super will reduce the budgetary burden of an ageing population,” the think tank’s CEO John Daley and fellow Brendon Coates said in a statement last month. “But in fact compulsory super actually costs the budget money.

“Lifting compulsory super from 9.5 per cent to 12 per cent will cost taxpayers an extra $2 billion to $2.5 billion each year in super tax breaks. And these superannuation tax breaks will dwarf any budget savings on the age pension until around 2060, with the extra debt accumulated not paid back until 2100.”