Super or wages: Which would you have picked if you’d had the choice? 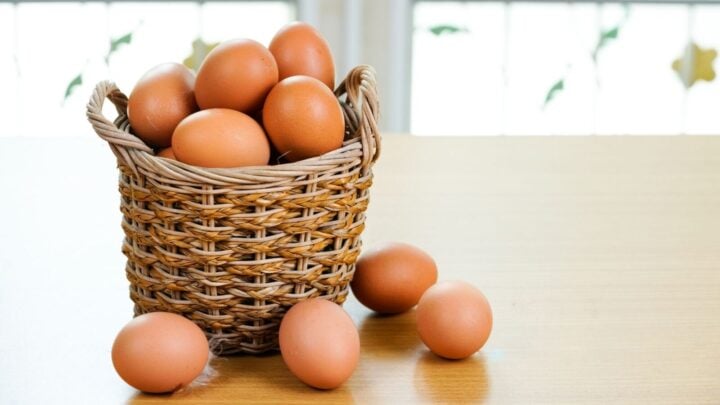 If you had the choice, would you be putting all your eggs in one basket or would you share them around? Source: Getty.

Expect plenty of superannuation-related news in the business pages in the coming months. That’s because its getting close to crunch time for an increase to Australia’s super guarantee (SG) and every interest group, as well as the government, has plenty to say about which way is the right way.

What’s going on with the super guarantee?

The 30-year-old SG is scheduled to start increasing from the current 9.5 per cent from this July to reach 12 per cent by 2025.

Business groups backed by some Coalition members, though, have been lobbying for another delay to the mandated increase in employer contributions to workers’ super, as industries recover from the economic impact of Covid-19.

Meanwhile, industry super funds and Labor have been pushing hard for the go ahead to the planned increase, which has been frozen since former prime minister Tony Abbott scrapped a promised rise in 2014.

The Morrison Government appears to be trying hard to find a middle ground that would allow it to pass the relevant legislation prior to the July deadline. This is why you may have seen commentary last week about a new potential solution, floated via articles in Fairfax media, that would allow workers to choose between adding to their super balances via a higher guaranteed employer super contribution or topping up their take-home pay with the same sum.

The so-called ‘opt-in’ plan hasn’t been officially announced but it does raise an interesting question: given the choice, would you have picked higher wages during your working life or higher super contributions? And would you advise your younger family members to do the same?

The scheduled increase was also a hot topic in the federal government’s most recent Retirement Income Review, in which the Treasury wrote, “saving for retirement involves forgoing consumption in working years” and “increases in the SG rate results in lower wages growth, and would affect living standards in working life”.

The increase is due to climb to 12 per cent by 2025, with the first nudge of 5 percentage points expected to kick in from this July. However, in the most recent proposal, the Coalition suggests workers should be given the choice of where a certain amount of the super contribution goes.

While the details are still unclear, the general idea is that the SG increase will go ahead from 10 per cent to 12 per cent with the extra 2 per cent becoming optional. Workers would be able to choose whether they put this amount into their retirement savings or add it onto their wage.

This isn’t the first time MPs have suggested creating an optional superannuation system. In 2019, Andrew Bragg’s first speech to the Senate included an “opt-out” suggestion, which would allow low-income earners to drop out of the super system entirely and instead contribute the additional 9.5 per cent to their wages.

Senator Bragg commissioned actuarial firm Rice Warner to do the modelling and estimates for his proposal, which found that a person earning $50,000 a year could free up $36,000 over 10 years for other purposes. The firm also found it could save the government $1.8 billion due to favourable tax concessions given to earnings in super accounts.

However, not everyone is on the same page, with Industry Super Australia (ISA) saying that making super optional would be a “$20,000 tax grab on the average Australian family”, which could leave them with up to $200,000 less super by retirement age.

ISA’s report went on to say that because wages are taxed at a higher rate than super contributions, not taking the SG would mean workers would be left with the scraps once the tax office had taken its cut.

“The government should follow through on the legislated increase to 12 per cent and not be exploring underhanded ways to renege on it,” Matthew Linden, ISA deputy chief executive, said. “This isn’t choice – it’s a sneaky tax grab that will leave people worse off and rip up one of the system’s founding principles.”

What would you recommend to your children: super or boosted wages?