Shorten may spare certain retirees from $59B tax grab 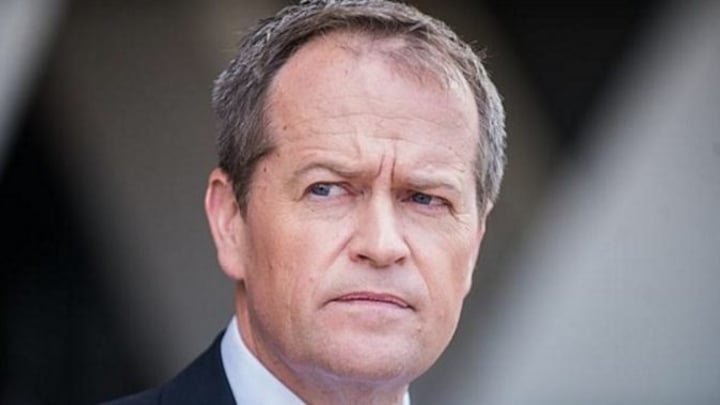 A defiant Bill Shorten says pensioners will be better off under a Labor government. Source: Shutterstock

Certain retirees could be exempt from Bill Shorten’s $59 billion tax grab if Labor embraces new modelling that puts a cap on cash refunds for franking credits on their dividend income.

The Sydney Morning Herald reports Shorten is considering new cost modelling prepared by former Treasury officials for Industry Super Australia that proposes a $1000 cap on cash refunds rather than cancelling them all together.

The tweak would save 350,000 retirees from the revenue hike and reduce the impact on thousands of others. The new model allows the first $500 to $1000 of dividend tax credits to be refunded, while anything over that amount would be subjected to the new tax.

Shorten’s softening stance on the issue comes after he faced backlash from voters and self-managed super funds.

Last week, the Opposition leader announced Labor’s new plan to get rid of the franking credit cash refunds given to people who pay no tax, many of whom are retirees and pensioners.

Labor argued the refund system unfairly benefits rich investors who get up to $2.5 million in cash from the government in the form of refunds, while paying no tax. However, Federal Treasurer Scott Morrison called the proposal “theft” and said thousands of retirees and pensioners who currently draw down on their super fund would be the hardest hit.

Treasury analysis of Labour’s plan reportedly shows the biggest group of people hit by the change will be those receiving incomes of less than $18,200 a year, most of whom receive the Age Pension.

According to the analysis viewed by The Australian, more than 610,000 people will lose an average of $1,200 a year if franking credit refunds are abolished, while just 5,000 people on incomes of more than $180,000 will be affected.

However, Shorten has promised he has “more to say” on the issue and that pensioners won’t lose out under the scheme.

“When it comes to pensioners, pensioners are always going to do better under Labor,” he said at a press conference alongside Ged Kearney, the former ACTU president who will enter federal Parliament as the member for Batman, The Sydney Morning Herald reports.

“We want to decrease the gap and out of pocket costs paid for by pensioners. We don’t support the Turnbull government creating the world’s oldest pension age, the age of 70.

“So we’re far more fair dinkum on pensioners, and we will have more to say in the future about our good deal for pensioners.”

What are your thoughts on this tax idea? Does it sound fair to you, or would you rather things stayed as they are now?