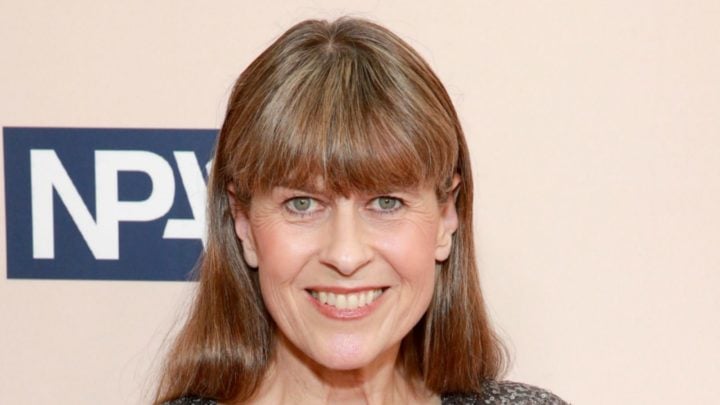 Terri Irwin completely transformed as she stepped away from her usual khaki attire and modelled a gorgeous glittery frock and heels at a recent awards night.

The widow of famous ‘Crocodile Hunter’ Steve Irwin looked stunning in the figure-hugging dress as she filmed the Critics’ Choice Real TV Awards in Los Angeles alongside her daughter Bindi and son Robert.

Standing tall in pretty silver heels, the mother-of-two posed confidently for cameras on the red carpet with her children – with her her normal boots nowhere in sight as she showed off her fabulous figure.

Terri even splashed on some makeup for the special occasion, bringing a pop of colour with a soft pink lip and a swipe of blush on her cheeks.

Meanwhile, the 54-year-old wore her blonde locks down and straight and accessorised with a a simple black clutch.

The wildlife warrior shared in the special moment with her children, with Bindi looking equally as stunning in a black and white dress. The 20-year-old kept things simple with a pair of black heels, while she styled her hair in soft waves and pulled part back with a white clip.

Her brother Robert looked dapper in a navy suit which he paired perfectly with a light blue shirt, tie and casual black sneakers.

The family were nominated for an award at the event for their show Crikey! It’s The Irwins which follows the life of Terri, Bindi and Robert as they continue the legacy of Steve at Australia Zoo on Queensland’s Sunshine Coast.

The youngest child of Steve and Terri took to Instagram this week to share a snap from the event, which was broadcast on TV on Monday night.

“Be sure to tune in to the @criticschoice awards tonight on VH1,” he wrote alongside a photo of the family. “Very happy to have been nominated for Best Ensemble Cast and loved presenting on the night!”

The family’s last public appearance together was back in May when the three came together to honour the late Steve Irwin at a special gala dinner.

Terri, Bindi and Robert looked every bit the stars in stunning formal wear for the event in Los Angeles to celebrate the second season of their reality program.

Proud mother Terri opted for a pretty floral skirt for the occasion, paired perfectly with a simple black top and nude heels.

Posing happily beside her was Bindi in a white and black frock. The gorgeous daughter of the famous wildlife warrior stood tall in black heels while she kept her long locks down with a slight wave.

Following in ‘the Crocodile Hunter’s’ footsteps, as he was more commonly known, young Robert made sure not to leave his beloved animals behind, posing with a large python curled around his neck.

Are you a fan of the Irwin family? What do you think of Terri’s outfit choice for the event?