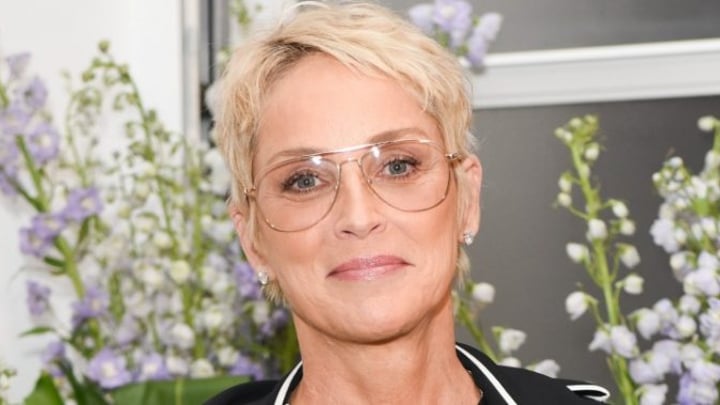 If you thought entering your 60s meant you had to tone down things in the style stakes, think again.

She completed the look with a pair of simple black heels and some very 80s-style glasses that she somehow turned from daggy to chic.

She was joined by a host of other celebrities for the high-profile event, including Melanie Griffith who looked as stylish as ever in simple black and white.

The Women’s Brain Health Initiative aims to raise awareness for brain-related conditions and works to encourage further research into the impact they have on women around the world.

Read more: Sharon Stone saw the “other side” after close call with death

The organisation says women suffer from depression, stroke and dementia twice as much as men and that an astounding 70 per cent of new Alzheimer’s patients in future will be women.

Stone has leant her name to a number of big initiatives in the past, but brain health seems like it could be the perfect fit. The actress is no shrinking violet when it comes to using her mind and was reportedly so bright as a child that she entered the second grade when she was just five years old.

She’s long been considered one of Hollywood’s sexiest stars and is showing no signs of relinquishing her title anytime soon.

In 2015 she told Harper’s Bazaar her idea of what was attractive had changed as she got older.

“At a certain point you start asking yourself, ‘What really is sexy?’ It’s not just the elevation of your boobs. It’s being present and having fun and liking yourself enough to like the person that’s with you,” she said.
Read more: Sharon Stone sizzles as she shows a little leg at charity ball

Are you a fan of her style? Do you like her movies?