Starts at 60 Daily Joke: Two mothers were talking about their sons 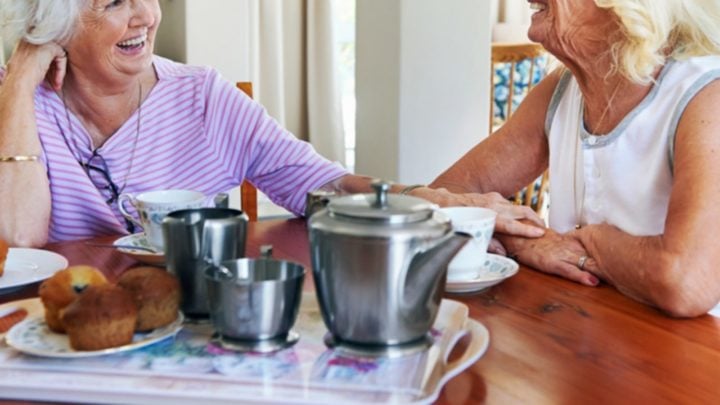 They talked over their afternoon cup of tea. Source: Shutterstock.

Two mothers were talking about their sons over a cup of tea one afternoon. One of the women said: “My Patrick is such a saint. He works hard, doesn’t smoke, and he hasn’t so much as looked at a woman in over two years.”

The other woman responds: “Well, my Francis is a saint himself. Not only hasn’t he not looked at a woman in over three years, but he hasn’t touched a drop of liquor in all that time.”

“I am,” announced the mother proudly. “And when he’s released on parole next month, I’m going to throw him a big party.”