Laying down the law! Three funny jokes about police officers 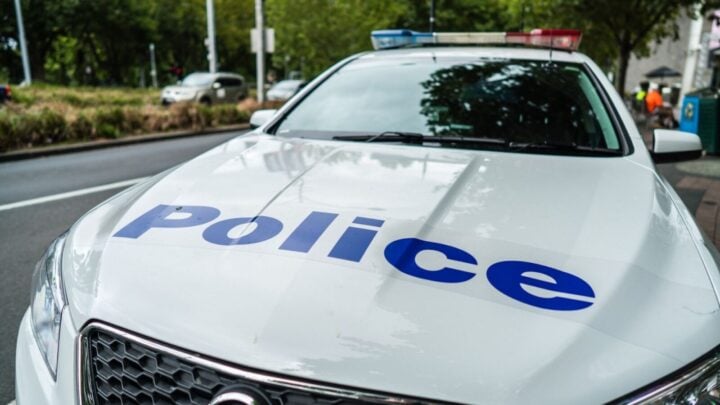 A boss called the house of his employee

The boss of a big company needed to call one of his employees about an urgent problem with one of the main computers. He dialled the employee’s home phone number and was greeted with a child’s whispered: “Hello?”

Feeling put out at the inconvenience of having to talk to a youngster the boss asked: “Is your Daddy home?”

“May I talk with him?” the man asked.

To the surprise of the boss, the small voice whispered: “No.”

Wanting to talk with an adult, the boss asked: “Is your Mummy there?”

Again the small voice whispered: “No”.

Knowing that it was not likely that a young child would be left home alone, the boss decided he would just leave a message with the person who should be there watching over the child. “Is there any one there besides you?” the boss asked the child.

“Yes” whispered the child, “A policeman.”

Wondering what a cop would be doing at his employee’s home, the boss asked: “May I speak with the policeman?”

“No, he’s busy,” whispered the child.

“Busy doing what?” asked the boss.

“Talking to Daddy and Mummy and the fireman,” came the whispered answer.

Growing concerned and even worried as he heard what sounded like a helicopter through the ear piece on the phone the boss asked: “What is that noise?”

“A helicopter,” answered the whispering voice.

“What is going on there?” asked the boss, now alarmed.

In an awed whispering voice the child answered: “The search team just landed the helicopter.”

Alarmed, concerned and more than just a little frustrated the boss asked: “Why are they there?”

Still whispering, the young voice replied along with a muffled giggle: “They’re looking for me.”

A man purchased a new car

A man purchased a new car to celebrate his wife leaving him and was out on the interstate for a nice evening drive. The top was down, the breeze was blowing through what was left of his hair and he decided to open her up.

As the needle jumped up to 80 km/h, he suddenly saw flashing red and blue lights behind him. “There’s no way they can catch this car,” he thought to himself and opened her up further.

The needle hit 90, then 100, then the reality of the situation hit him. “What am I doing?” he thought and pulled over.

The police officer came up to him, took his license without a word and examined it and the car. “It’s been a long hard day, this is the end of my shift and it’s Friday. I don’t feel like more paperwork, I don’t need the frustration or the overtime, so if you can give me a really good excuse for your driving that I haven’t heard before, you can go.”

The guy thought about it for a second and said: “Last week my nagging wife ran off with a cop. I was afraid you were trying to give her back!”

“Have a nice weekend,” said the officer.

A circus performer was pulled over by the police

A circus performer was pulled over by a police officer for speeding. As the officer was writing the ticket, she noticed several machetes in the car.

“What are those for?” she asked suspiciously.

“Well, show me,” the officer demanded. So he got out the machetes and started juggling them, first three, then more, finally seven at one time, overhand, underhand, behind the back, putting on a dazzling show and amazing the officer.

Another car passed by. The driver did a double take, and said: “My God. I’ve got to give up drinking! Look at the test they’re giving now.”