Daily Joke: Two people were travelling on a train together 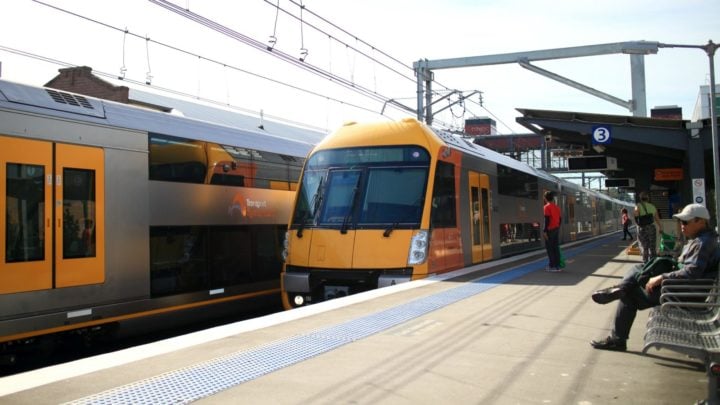 The men were sitting next to each other on the train. Source: Getty.

There were once two people travelling on a train, a scientist and a poet, who were riding in the same compartment. They had never met before, so naturally there wasn’t much conversation between the two. The poet was minding his own business, looking out the window at the beauty of the passing terrain. The scientist was very uptight, trying to think of things he didn’t know so he could try to figure them out. Finally, the scientist was so bored, that he said to the poet: “Hey, do you want to play a game?”

The poet, being content with what he was doing, ignored him and continued looking out the window, humming quietly to himself. This infuriated the scientist, who irritably asked again: “Hey, you, do you want to play a game? I’ll ask you a question, and if you get it wrong, you give me $5. Then, you ask me a question, and if I can’t answer it, I’ll give you $5.”

Now, the poet was not that smart academically, but he wasn’t totally stupid. He readily accepted the offer.

“Okay,” the scientist said. “What is the exact distance between the Earth and the Moon?” The poet, obviously not knowing the answer, didn’t stop to think about the scientist’s question. He took a $5 bill out of his pocket and handed it to the scientist.

The poet thought about this for a few minutes, then asked: “Alright, what goes up a mountain on three legs, but comes down on four?”

The bright glow quickly vanished from the scientist’s face. He thought about this for a long time, taking out his notepad and making numerous calculations. He finally gave up on his notepad and took out his laptop. After about an hour of searching, the poet quietly watching the mountains go by the whole time, the scientist finally gave up. He reluctantly handed the poet a $50 bill. The poet accepted it graciously, turning back to the window.

“Wait!” the scientist shouted. “You can’t do this to me! What’s the answer?” The poet looked at the scientist and calmly put a $5 bill into his hand.

A blonde dies and arrives at the Pearly Gates, where she is greeted by St Peter. “Welcome!” he says. “Because we are currently operating at 99 per cent capacity, we can only let a limited number of souls into heaven. Therefore, you must answer my questions correctly to gain entrance.”

“Here’s your question: name two days of the week that begin with the letter T.”

“Well, that’s not the answer I was thinking of, but I’ll give you another question. How many seconds are there in a year?”

“Okay, okay. I can see you misunderstood this question as well. Okay, one more chance. What’s God’s name?”

“You know: ‘Our Father, who art in heaven, Howard be thy name…”