Daily Joke: A teacher asked her class what they wanted to be when they grew up 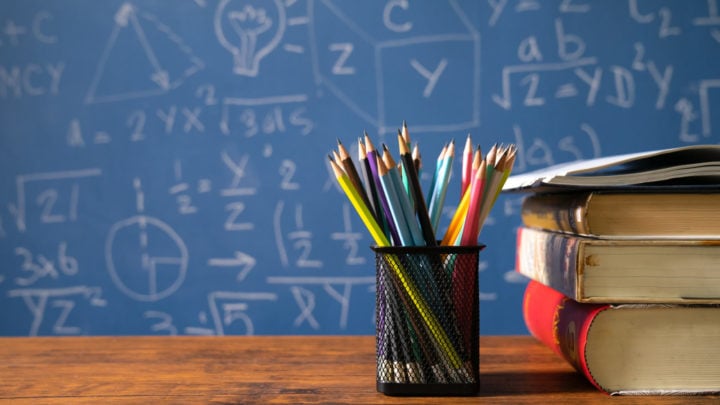 The teacher wasn't sure what to do about his behaviour. Source: Getty.

A teacher asks her class: “What do you want to be when you grow up?”

Little Johnny says: “I wanna be a billionaire, going to the most expensive clubs, take my girl with me, give her a Ferrari worth over a million bucks, an apartment in Hawaii, a mansion in Paris, a jet to travel through Europe and an infinite credit card.”

The teacher, shocked, and not knowing what to do with the bad behaviour of the child, decides not to give importance to what he said and then continues the lesson.

Susie says: “I wanna be married to Johnny.”

A newlywed couple moves into a new house

A newlywed couple moves into their new house. One day the husband comes home from work and his wife says: “Honey, you know, in the upstairs bathroom one of the pipes is leaking. Could you fix it?”

The husband says: “What do I look like, Mr Plumber?”

A few days go by, and he comes home from work and his wife says: “Honey, the car won’t start. I think it needs a new battery. Could you change it for me?”

He says: “What do I look like, Mr Goodwrench?”

Another few days go by, and it’s raining pretty hard. The wife finds a leak in the roof.

She says: “Honey, there’s a leak on the roof! Can you please fix it?”

The next day the husband comes home, and the roof is fixed. So is the plumbing. So is the car. He asks his wife what happened.

“Oh, I had a handyman come in and fix them,” she says.

“Great! How much is that going to cost me?” he snarls.

The wife says: “Nothing. He said he’d do it for free if I either baked him a cake or slept with him.”

“Uh, well, what kind of cake did you make?” asks the husband.

An arguing couple drove down a country road

A couple drove down a country road for several kilometres, not saying a word. An earlier discussion had led to an argument and neither of them wanted to concede their position.

As they passed a barnyard of mules, goats and pigs, the husband asked sarcastically: “Relatives of yours?”