Daily Joke: Captain Smith and his crew were sailing the ocean 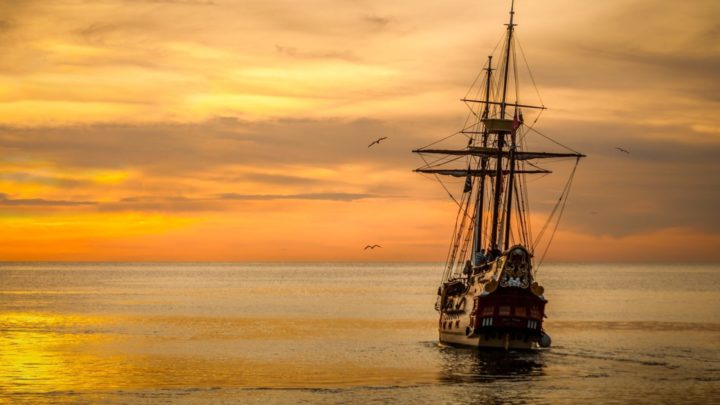 The sailors were recounting their individual triumphs afterwards when someone asked Captain Smith why he had asked for his red shirt before the battle. Source: Pexels.

One fine day, brave Captain Smith and his crew of sailors were sailing the ocean blue.

Suddenly, on the horizon, there loomed a ship with a skull and crossbones raised on the mast.

The crew was frantic, seeking refuge and asking the captain what to do.

Brave Captain Smith looked at the approaching ship for a moment and said: “Bring me my red shirt”.

The call was taken up at once by a cabin boy. As soon as Captain Smith had the shirt in his possession, he ordered the man at the wheel to head straight for the pirate ship. In the ensuing fight, the pirate ship was all but destroyed.

The sailors were recounting their individual triumphs afterwards when someone asked Captain Smith why he had asked for his red shirt before the battle.

He responded: “If I was wounded, I did not want your confidence to wane. This way, you would keep fighting no matter what happened to me”.

The crew had a newfound admiration for its captain, and they talked all night about his bravery.

About a week later, there loomed on the horizon 10 pirate ships. Once again, the crew looked to its captain for leadership. Calmly, Captain Smith said: “Boys, bring me my brown pants!”

Little Nancy was burying her goldfish

Little 8-year-old Nancy was in the garden filling in a hole when her neighbour peered over the fence. Interested in what the youngster was doing, he asked: “What are you doing there, Nancy?”

“My goldfish died,” Nancy sobbed. “And I’ve just buried him.”

The obnoxious neighbour laughed and said condescendingly: “That’s a really big hole for a little goldfish, don’t you think?”

Nancy patted down the last heap of earth with her shovel and replied: “That’s because he’s inside your cat.”

The plane was waiting for the pilots to arrive

After waiting for what seemed like an eternity, the stewardess announced over the intercom that the plane was just waiting for the pilots to arrive.

The passengers looked out the window and saw two men dressed as pilots walking towards the plane. Both men were using guide dogs and appeared to be blind. There were murmurs among the passengers, and some believed it was a joke.

The men boarded the plane and got into the cockpit. More concerned murmurs and uneasy chuckles came from the passengers. The plane taxied normally to the runway and began its takeoff.

In the cockpit, the pilot turned to his co-pilot and said: “You know, one day those people are gonna scream too late and we’re all gonna die!”