Daily Joke: A teenager wanted to earn some extra cash 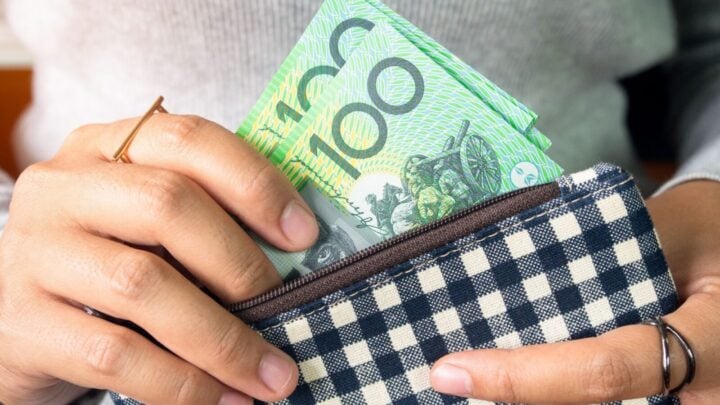 The teen wanted to earn some extra cash around the neighbourhood. Source: Getty.

A teenager wanted to earn extra money, so she decided to do odd jobs for her wealthy neighbours. At the first house, the owner said: “Well, you can paint my porch. How much will you charge?”

The man agreed and gave her the paint and brushes and went back in the house. The man’s wife overheard the conversation and asked him if she had realised that the porch goes all around the house. “She should have. She was standing on it.”

A short time later the teenager came to the door to collect her money. “You’ve finished already?” the man asked.

“Yeah, and I had paint left over so I gave two coats.”

Impressed the man reached for the money. “And by the way,” the teenager added. “It’s not a Porsche. It’s a Lexus.”

A new couple were getting to know each other’s parents

As Gayle was getting to know Jim and his family, she was very impressed by how much his parents loved each other.

“They’re so thoughtful,” Gayle said. “Why, your dad even brings your mum a cup of hot coffee in bed every morning.”

After a time, Gayle and Jim were engaged, and then they married. On the way from the wedding to the reception, Gayle again remarked on Jim’s loving parents and even the coffee in bed.

Brad and Mike are two old retired widowers who reside close to each other and do constant welfare checks on each other. Much of their relationship is based on pragmatism rather than real friendship or personal affection.

One day, as he drinks his morning coffee, Mike opens the morning paper and turns to the obituaries page. He gets the shock of his life when he sees his own obituary in the column. He realises that the query for info on him by the local newspaper several months earlier, was in preparation for this event. He correctly surmises that it is a mistaken entry from their database, so he calls Brad up.

“Alright, don’t be such a pain so early in the morning already. So, what’s on page 31 that’s so important?”

“Brad, look at the bottom of column four.”

“Brad, read the story on the bottom of the column already!”

“OK, OK, I’ll start reading the column if you stop yelling in my ear!”

The paper rustles for a few seconds, then a long silent pause ensues…

Finally, Brad comes on the line quietly and fearfully asks: “So Mike, where are you calling me from right now?”