Daily Joke: A speeding driver is pulled over by a policeman 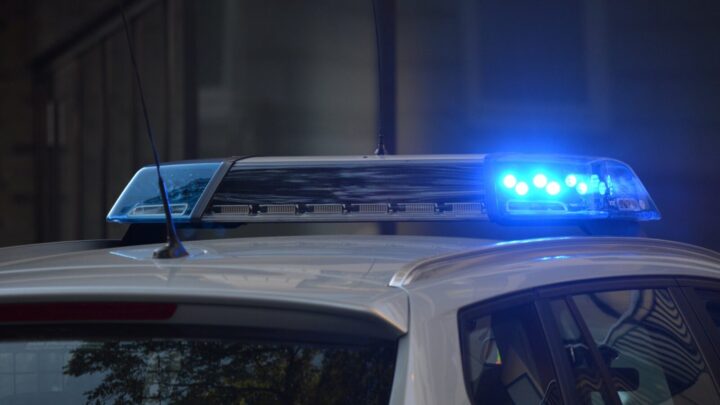 "Sir, you were speeding. Can I see your license please?" Source: Pexels.

A driver is pulled over by a policeman who approaches the driver’s door. “Is there a problem officer?”

The policeman says: “Sir, you were speeding. Can I see your licence please?”

The driver responds: “I’d give it to you but I don’t have one.”

The man responds: “I lost it four times for drink driving.”

The policeman is shocked. “I see. Can I see your vehicle registration papers please?”

The policeman says: “Why not?”

The officer says: “Stole it?”

The man says: “Yes, and I took care of the owner.”

At this point the officer is getting irate. “You what!?”

The officer looks at the man and slowly backs away to his car and calls for back up. Within minutes, five police cars show up, surrounding the car. A senior officer slowly approaches the car, clasping his half-drawn gun.

The senior officer says: “Sir, could you step out of your vehicle please!”

The man steps out of his vehicle. “Is there a problem sir?”

“One of my officers told me that you have stolen this car and murdered the owner.”

The officer responds: “Yes, could you please open the boot of your car please?”

The man opens the boot, revealing nothing but an empty boot.

The officer says: “Is this your car sir?”

The man says: “Yes,” and hands over the registration papers.

The officer, understandably, is quite stunned. “One of my officers claims that you do not have a driving licence.”

The man digs in his pocket revealing a wallet and hands it to the officer. The officer opens the wallet and examines the licence. He looks quite puzzled. “Thank you sir, one of my officers told me you didn’t have a licence, stole this car, and murdered the owner.”

The man replies: “I bet you the lying bastard told you I was speeding, too!”

Jon caught his lady with another man

Jim was startled to see the nonchalant way Jon was taking the fact that his lady love was seen with another man.

“You said you love her and yet you saw her with another man and you didn’t knock the guy down?”

“Waiting for what?” asked Jim.

“Waiting to catch her with a smaller man.”

At the urging of his doctor, Bill moved to Texas. After settling in, he met one of his neighbours who was also an older man.

“Say, is this really a healthy place?”

“It sure is,” the man replied. “When I first arrived here I couldn’t say one word. I had hardly any hair on my head. I didn’t have the strength to walk across a room and I had to be lifted out of bed.”

“That’s wonderful!” said Bill. “How long have you been here?”