Daily Joke: A husband and wife we discussing going on a cruise 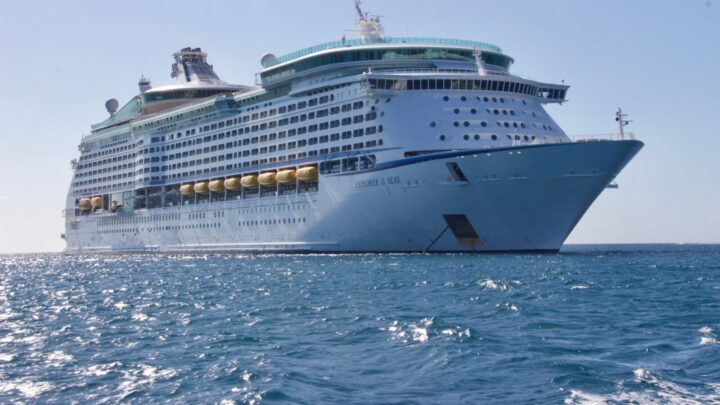 They wanted to go on a cruise. Source: Pexels.

Mr Johnson had been retired for a year when his wife of 50 years suggested they take a cruise: “We could go somewhere for a week, and make wild love like we did when we were young!” He thought it over and agreed.

He put on his hat and went down to the pharmacy, where he bought a bottle of seasickness pills and a box of condoms. Upon returning home, his wife said: “I’ve been thinking. There’s no reason we can’t go for a month.”

So Mr Johnson went back to the pharmacy and asked for 12 bottles of seasickness pills and a box of condoms. When he returned, his wife said: “You know, since the children are on their own, what’s stopping us from cruising the world?”

So back to the pharmacy Mr Johnson went, and he brought 297 bottles of seasickness pills and the same amount of condoms up to the counter. The pharmacist finally had to ask.

“You know, Mr Johnson, you have been doing business with me for over 30 years. I certainly don’t mean to pry, but if it makes you that sick, why the hell do you do it?”

A man headed into a bar

When the bartender returned to him, the man asked how he had learned to use sign language. The bartender explained that these were regular customers and had taught him to speak in sign. The man thought that was great.

A few minutes later the man noticed that the people in the group were waving their hands around very wildly. The bartender looked over and signed: “Now cut that out! I warned you!” and threw the group out of the bar.

The man asked why he had done that and the bartender said: “If I told them once I told them 100 times – NO SINGING IN THE BAR!”

A man was in an accident

A man was in an accident, and his ‘manhood’ was mangled and torn from his body. His doctor assured him that modern medicine could give him back his manhood, but that his insurance wouldn’t cover the surgery since it was considered cosmetic. The doctor said the cost would be $3,500 for small, $6,500 for medium and $14,000 for large.

The man was sure he would want a medium or large, but the doctor urged him to talk it over with his wife before he made any decision. The man called his wife on the phone and explained their options. The doctor came back into the room and found the man looking dejected.

“Well, what have the two of you decided?” asked the doctor.

“She’d rather remodel the kitchen.”