Your poo and you: What your bowel movements can tell you about your health 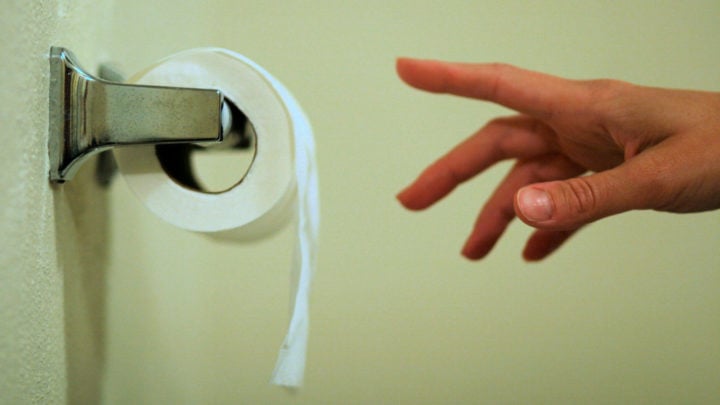 It's time to recognise whether or not your stools are healthy. Source: Getty.

It’s one of the few health-related topics that affects everyone, and yet people rarely want to talk about. However, constantly ignoring your toilet habits means you could be missing a number of important warning signs when it comes to serious health problems – particularly as you get older.

While many things change for people over time regarding their health, the regularity of their bowel movements is the one thing that usually stays the same – which is why a sudden or drastic change is usually an indication that something might be wrong.

Despite popular belief, poo habits differ from person to person, meaning there’s no golden rule about how many times a week one should do ‘go’ but rather it’s all about consistency. While some might have a bowel movement at least once a day, others might only be making the trip to the toilet every two to three days. Neither is wrong, however a sudden change in routine with no obvious reason can be cause for concern.

Your poo can tell you so much about your health, so here are a few of the more obvious signs to watch out for when it comes to your stools.

Often when there is a sudden change in the frequency of bowel movements there is also a change in the appearance of stools, which can be an easy way for doctors to identify an unhealthy gut. One of the simplest ways to figure out whether or not your poo is up to standard is to compare it to the Bristol Stool Chart which classifies stools into seven categories.

Type 1 and 2 on the chart indicate constipation, while type 3 and 4 are normal and 5 and 6 suggest diarrhoea. Knowing where your stool sits on the chart allows you to better understand what it means for your overall health.

A change in diet can often be the cause of a sudden wave of constipation or diarrhoea as an increase or decrease in fibre is likely to change the consistency of stools. However, an unhealthy-looking poo could also be due to a newly formed intolerance in the gut such, as an inability to properly digest lactose or gluten.

Pebbly stools could also indicate diverticular disease, which is where small bulges develop in the large intestine and trap bacteria. In this case medication can be prescribed as well as the introduction of a low-fibre diet to regulate bowel movements. A change or introduction of new medication could also be the cause, with iron tablets, antibiotics and anti-depressants all listing constipation or diarrhoea as a possible side effect.

In more serious cases however, a change in stool consistency can be an early sign of bowel cancer. As those over 50 are at an increased risk, it’s vital to keep a close eye on bowel movements and complete a faecal occult blood test to look for early signs, even if you aren’t showing any symptoms in the first place.

What colour is it?

The Mayo Clinic says the colour of your bowel movements are generally related to the foods passing through your system at the time as well as the level of bile your body uses to break it down. All shades of brown and even some shades of green are normal for many people however, there are a few serious colours to watch out for.

Green stools often mean food is moving too quickly through your large intestine and the bile doesn’t have enough time to break it down while white or clay-coloured stools may mean you have an obstruction causing a lack of bile. Yellow, greasy or foul-smelling stools can be linked to an excess of fat in the stool which often means a malabsorption disorder such as coeliac disease.

More serious shades to watch out for include black, which can be linked to bleeding in the stomach and bright red, which could mean bleeding in the large intestine or rectum, generally due to haemorrhoids. However, these shades can also be linked to dietary causes, so it’s important to look back through colour-staining foods such as beetroots and food colourings and even daily supplements such as iron tablets before making a snap judgement.

What density is it?

A floating stool has often been linked to a poor absorption of nutrients and excess fat, however, a study in the New England Journal of Medicine suggested that a number of tests proved that stools floated simply due to extra air rather than a high fat content. The extra gas needed to float a stool can come from sugary alcoholic drinks and artificial sweeteners as well as lactose intolerance or consuming a lot of dairy and fibre all at once.

While the presence of a floating stool isn’t immediate cause for worry, in rare cases when it is due to a fatty stool, otherwise known as steatorrhea, then it can be linked to malabsorption, in which case a faecal fat test should be taken to properly diagnose and treat the issue.

Do you keep an eye on the regularity of your stools? Did you know they told you so much about your health?