How an early retirement could increase your risk of cognitive decline 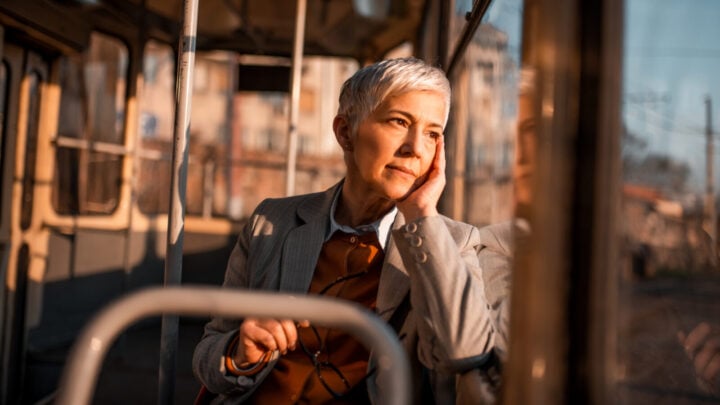 Researchers said the findings support the hypothesis that a decrease in mental activity can result in worsening cognitive skills. Source: Getty Images.

Retirement is often considered your golden years, a time to relish what you’ve earned, enjoy yourself, let go, start a new hobby and make the most of your newfound free time.

However, researchers from Binghamton University have found that early retirement could also be linked to a faster decline in cognitive abilities.

As part of the Do pension benefits accelerate cognitive decline in late adulthood? Evidence from rural China study, researchers discovered that the program led to significant adverse effects on cognitive functioning among the elderly.

The most significant indicator of cognitive decline was delayed recall, with more negative impacts among females.

Nikolov said the findings support the hypothesis that a decrease in mental activity can result in worsening cognitive skills.

Although Nikolov and his team found that the the retirement program led to improved health in some areas it also had “much more negative influence on other dimensions” such as “activities associated with mental fitness and social engagement”.

“Participants in the program report substantially lower levels of social engagement, with significantly lower rates of volunteering and social interaction than non-beneficiaries. We find that increased social isolation is strongly linked with faster cognitive decline among the elderly,” Nikolov said.

“Interestingly, we found that the program improved some health behaviours. Program participants reported a reduced incidence of regular alcohol drinking compared to the previous year.

After analysing the data from the pension program, the researchers were able to determine that increased social activity may help to decrease the rate of cognitive decline in retirement, suggesting that early retirees who engage in more social activities may be able to maintain cognitive function better than those who do not.

Nikolov said he hopes the findings will help create new policies to improve the cognitive functioning of older generations during retirement.

“We hope our findings will influence how retirees view their retirement activities from a more holistic perspective and pay particular attention to their social engagement, active volunteering, and participating in activities fostering their mental acuity,” Nikolov said.

“But we also hope to influence policymakers. We show robust evidence that retirement has important benefits. But it also has considerable costs. Cognitive impairments among the elderly, even if not severely debilitating, bring about a loss of quality of life and can have negative welfare consequences.

“Policymakers can introduce policies aimed at buffering the reduction of social engagement and mental activities. In this sense, retirement programs can generate positive spillovers for the health status of retirees without the associated negative effect on their cognition.”

Retirement isn’t the only factor associated with one’s golden years that can have an impact on cognitive decline, with recent research indicating that hearing aid use is linked to a reduction in risk of cognitive decline.

Researchers involved in the Association of Hearing Aids and Cochlear Implants With Cognitive Decline and Dementia A Systematic Review and Meta-analysis  analysed 31 studies with 137,484 participants which examined the link between hearing loss and cognitive decline across two to 25 years.

“The usage of hearing restorative devices by participants with hearing loss was associated with a 19% decrease in hazards of long-term cognitive decline,” the researchers said.

“Furthermore, usage of these devices was significantly associated with a 3% improvement in cognitive test scores that assessed general cognition in the short term.”

While the research presents promising findings in the effectiveness of hearing aids when it comes to reducing cognitive decline, researchers stressed that further study is required.

“A cognitive benefit of hearing restorative devices should be further investigated in randomized trials,” researchers explained.