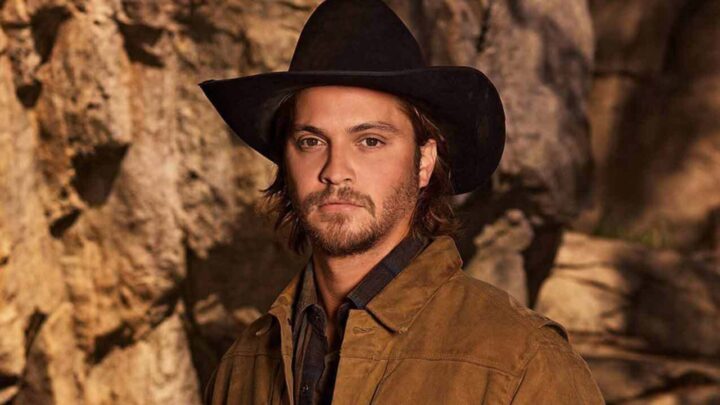 Season 5 of 'Yellowstone' is set for premiere this November 13. Source: Twitter @RankReckoneers

While millions of fans eagerly await the upcoming season 5 of Yellowstone, cast members of the hit drama series have teased the show’s devotees with the occasional tantalising update on social media.

Luke Grimes aka Kayce Dutton recently sparked a frenzy among Yellowstone fanatics after making a rare appearance on the show’s social media page to record a special thank you message for their fans.

“Hello, Yellowstone fans! Just wanted to give a quick thank you for 2 million followers,” he said in the video.

“That’s amazing and it means so much to us that you guys love the show and we love you.”

“Omg so excited! A big fan from Melbourne Australia.”

“The BEST Series I have ever watched! Looking for to the next season airing in November.”

“Yellowstone is great!!! The amazing actors… I’m a Brazilian fan… I’m looking forward to the next season!!!”

This isn’t the first milestone the show has achieved.

The show’s season 4 finale, which aired in January 2022 broke all the show’s previous rating records and became Yellowstone’s most-watched episode.

The Western drama has also become the most-watched on cable television since it launched in 2018, with its cast regularly being nominated for a Screen Actors Guild Award for Outstanding Performance by an Ensemble in a Drama Series.

The success of Yellowstone has also created multiple spinoffs, including 1883, which stars Tim McGraw and Faith Hill as James and Margaret Dutton, the great-great-grandparents of  John Dutton, (Costner), and tells the origin story of Yellowstone Dutton Ranch.

With massive success comes the added pressure to continue the show’s uphill momentum, however, Executive Producer David C. Glasser has promised the upcoming season will be super-sized.

While the network has announced the official premiere date for the new season, cast members and producers have still remained tight-lipped about season 5 details opting instead to tease the new season making the countdown that much more nerve-racking and intriguing.

While the network has slowly given fans season 5 sneak-peeks, the official Yellowstone season 5 trailer is yet to be seen.