Princess Anne on royal fans: Put your phone down or don’t bother coming! 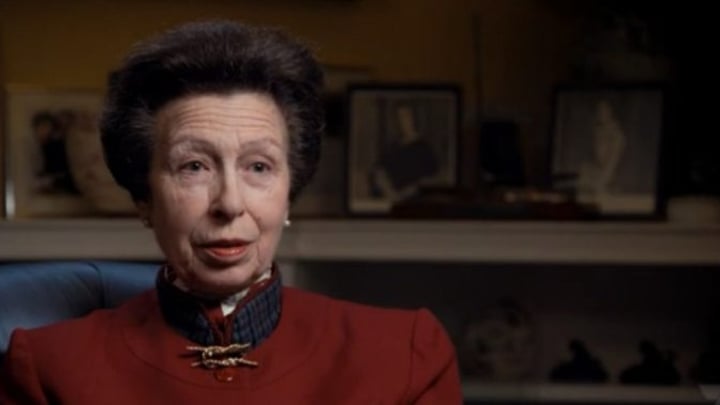 Princess Anne has issued some harsh advice to fans and admitted she’d hate to be starting out as a young royal now as it’s becoming almost impossible to see – let alone talk to – anyone behind their phones.

The Queen’s daughter, 68, joined other members of the royal family including Meghan, Duchess of Sussex, to share a rare glimpse at their life behind closed doors in new documentary Queen of the World, set to air on Channel 7 next week.

Anne began her royal world tours with her parents and brother Prince Charles from a young age and has watched how they have changed over the years, particularly when it comes to walking out and greeting fans – something which was never done before the Queen’s reign.

“We never shook hands, the theory was you can’t shake hands with everybody, so don’t start,” she said on the TV show. “So I kind of stick with that [now], but I notice others don’t. It’s not for me to say it’s wrong.

“I think the initial concept was that it was patently absurd to start shaking hands. It seems to me that it’s become a shaking hands exercise rather than a walkabout if you see what I mean. It has changed.”

It’s not only young royals’ love of meeting crowds that has changed, as the Princess Royal admitted modern technology has also now changed the way fans engage with them. So much so, she said she often can’t even see the face of a person she is supposed to be talking to.

“I’m glad I’m not starting now because at least you [previously] had people to talk to – now you don’t really,” she added. “Phones are bad enough but the iPads, you can’t even see their heads! You don’t know who you’re talking to. I either don’t bother, or I say ‘look, if you want to meet us, I suggest you put that down’!

Elsewhere in the documentary, Anne’s brother Prince Charles shared his pride for his mother after she stepped up to the throne at such a young age following the death of her father, King George VI.

“When you think how young the Queen was when suddenly my grandfather died, to be required to take on such an enormous task… To have met that challenge the way she did is truly remarkable. It appeared effortless, but it isn’t,” Charles aid.

In 1953, shortly after beginning her reign, the Queen and her husband Prince Philip embarked on the single longest tour of any living monarch to date – 40,000 miles in six months – leaving their children behind at home.

Towards the end of the trip, Charles and Anne set sail on the Royal Yacht Britannia. They would be reunited with their parents on the final leg of the journey.

Fondly recalling their time on the boat with the crew, Princess Anne said: “(I have) very good memories of that trip… The journey out and the nannies that had to stop us from launching ourselves over the side were very good memories. We were kept very busy. There was lots to do, all sorts of places to go and things to keep clean, lots of scrubbing and polishing, that was part of our role.”

Part 1 of Queen of the World will air on Tuesday, October 2 at 7.30pm on Channel 7. Part 2 will air the following day, Wednesday, October 3, at the same time.

Do you agree with Princess Anne that people are focusing too much on their phone and iPad screens now?