‘It’s an insult!’ Thomas Markle hits out at ‘disrespectful’ Harry and Meghan 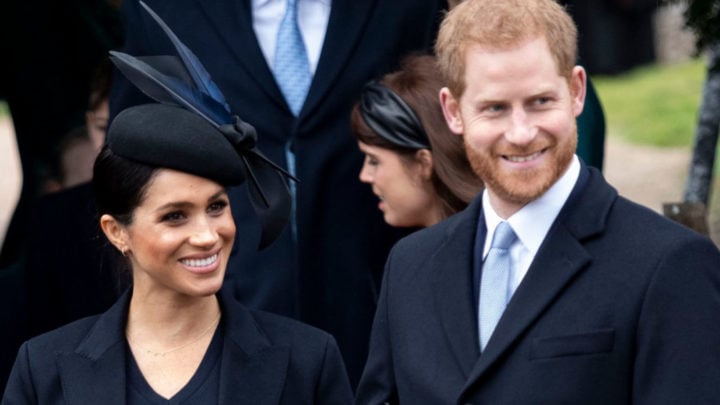 Thomas Markle said the way his daughter and Prince Harry have treated the Queen is "an insult". Source: Getty.

He’s not one to keep schtum when it comes to discussing his estranged daughter and her role within the British royal family, and Thomas Markle let rip again this week as he branded the Duke and Duchess of Sussex “disrespectful” in relation to their recent antics.

Speaking to a reporter from the Daily Mail in a video shared online, Thomas addressed the recent debate surrounding whether or not the couple have the right to brand themselves as ‘royal’ once their exit from the firm has been finalised.

Mr Markle’s comments were sparked by the recent debate over whether or not the couple have any right to continue to market themselves as ‘royal’ once their exit  from the senior ranks of the royal family comes into effect on March 31.

Up until now Harry and Meghan had seemingly been intending to continue to use their Sussex Royal brand to promote themselves and their work, with their official Instagram account using that handle as well as their new website, which they launched back in January just hours after they announced their intentions to the world.

The palace had other ideas though, as a spokesperson said the couple will not be permitted to use the name due to “specific government rules surrounding use of the word royal”.

However Harry and Meghan hit back with their own statement, which royal experts have interpreted as showing their anger over the decision. It read: “There is not any jurisdiction by the monarchy or Cabinet Office over the use of the word ‘royal’ overseas.”

In relation to the same statement, which was published on the Sussex Royal site, the duke and duchess were also accused of being “petulant” after they seemingly made a dig at Harry’s cousins Princess Beatrice and Princess Eugenie.

Referencing the terms of their deal, which state they will no longer use their official HRH titles, or carry out work on behalf of Her Majesty the Queen, a statement published on their website reads: “While there is precedent for other titled members of the Royal Family to seek employment outside of the ­institution, for The Duke and Duchess of Sussex, a 12-month ­review period has been put in place.”

While the statement does not single out any specific ‘titled members’ of the family, a royal source told the Daily Mirror that it’s “pretty clear they are referencing minor royals such as Princess Beatrice and Princess Eugenie”, describing the comment as “odd”.

“The latest series of comments published on the Sussexes’ website comes across as ­extremely petulant and has caused a great deal of alarm inside the palace,” the source added. “This is further evidence of Harry and Meghan further ostracising ­themselves from the family rather than building bridges.”

Have you been following this story? What do you think of Harry and Meghan's transition away from royal life?