Harry and Meghan accused of taking swipe at Beatrice and Eugenie 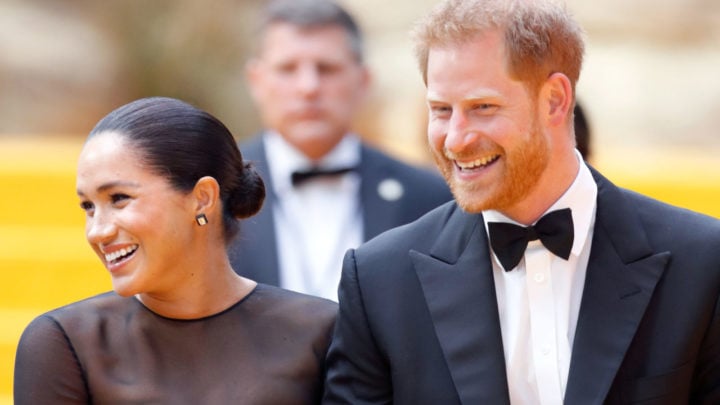 The Duke and Duchess released a statement on their Sussex Royal website over the weekend. Source: Getty.

There’s just a matter of weeks to go before Prince Harry and Meghan are free to establish a life for themselves and son Archie outside the confines of palace protocol, but things don’t seem to show any signs of quieting down for the duke and duchess before then.

The couple found themselves at the receiving end of yet more criticism this weekend as they were accused of being “petulant” after seemingly making a dig at Harry’s cousins Princess Beatrice and Princess Eugenie.

The comments in question were made on the couple’s Sussex Royal website – which they launched back in January, just hours after they announced their intentions to the world of stepping away from life as senior members of royalty – and relate to the terms of Harry and Meghan’s exit from the senior ranks of the firm.

Referencing the terms of their deal, which state they will no longer use their official HRH titles, or carry out work on behalf of Her Majesty the Queen, a statement published on their website reads: “While there is precedent for other titled members of the Royal Family to seek employment outside of the ­institution, for The Duke and Duchess of Sussex, a 12-month ­review period has been put in place.”

While the statement does not single out any specific ‘titled members’ of the family, a royal source told the Daily Mirror that it’s “pretty clear they are referencing minor royals such as Princess Beatrice and Princess Eugenie”, describing the comment as “odd”.

“The latest series of comments published on the Sussexes’ website comes across as ­extremely petulant and has caused a great deal of alarm inside the palace,” the source added. “This is further evidence of Harry and Meghan further ostracising ­themselves from the family rather than building bridges.”

The comments come just days after it was officially confirmed that they would cut ties with the royal family, and the duties associated with the monarchy, on March 31. And the couple are expected to return to the United Kingdom this week to conduct their last official duties before ‘Megxit’ is final.

Harry is scheduled to attend the Invictus Games Choir Visit on 28 February alongside Jon Bon Jovi. Both the duke and duchess are then expected to make an appearance at the Endeavour Fund Awards on March 5, which recognises wounded, injured and sick service personnel and veterans who have used sport as part of their recovery.

Prince Harry is then due to attend the official opening of the Silverstone Experience on March 6, and the couple will attend the Mountbatten Music Festival at the Royal Albert Hall the following day. A spokesperson for the Sussexes also told British news outlet Hello! magazine that Meghan will mark International Women’s Day on March 8 in some capacity.

What do you think of the comments? Do you think people are reading too much into the statement?