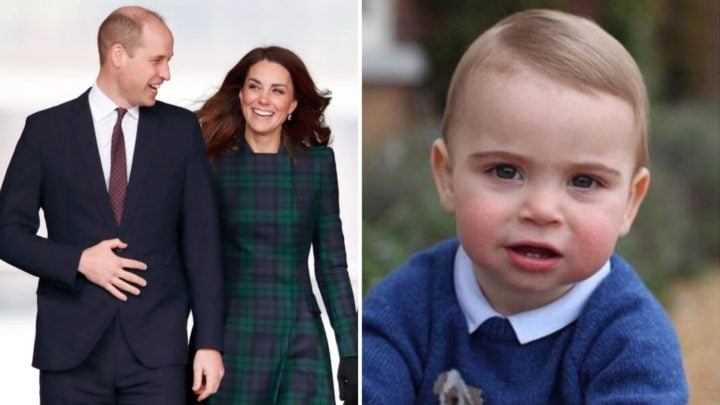 A series of unseen pictures of Prince Louis photographed by Duchess Catherine have been shared online. Source: Getty/Instagram.com/kensingtonroyal

While Queen Elizabeth celebrated her birthday in spectacular fashion at the weekend, one of the youngest members of the royal family is set to celebrate his very first birthday on Tuesday.

Ahead of Prince Louis of Cambridge’s big day, Prince William and Catherine, Duchess of Cambridge shared a series of unseen photographs of their youngest child via the Kensington Royal Instagram page. Catherine took the pictures herself and showed off her photography skills in the shots.

“The Duke and Duchess of Cambridge are delighted to share these new photographs of Prince Louis ahead of his first birthday tomorrow,” a message read. “The photographs were taken earlier this month by The Duchess at their home in Norfolk.”

The Duke and Duchess of Cambridge are delighted to share these new photographs of Prince Louis ahead of his first birthday tomorrow 🎈 The photographs were taken earlier this month by The Duchess at their home in Norfolk.‬

In the first two photos, little Louis could be seen grinning from ear to ear in the garden. The fifth in the line of succession to the British throne looked cute as a button in a maroon jumper and smart pair of trousers.

In the second photo, a handsome Louis posed in a knitted blue jumper featuring a picture of a dog and a smart coloured shirt.

Fans couldn’t get enough of the new photos of the young prince, with many claiming he was a spitting image of his father and his older brother.

One person wrote: “He has an adorable smile.”

Another comment read: “Congratulations on your First birthday Prince Louis!”

A third added: “Can’t believe he is already a year old. He looks so much like his siblings.

Happy Birthday Prince Louis! 🎉 The Duke and Duchess of Cambridge are delighted to share this new photograph of Prince Louis ahead of his first birthday tomorrow.

It’s been some time since Kensington Palace has released any official photographs of Louis. A series of adorable photos were shared across social media following Prince Louis’ christening and in July.

In one photograph, Catherine took centre stage as she cradled the newborn in her arms, wearing a slim-fitting cream dress and medieval-style headband. She was seen smiling down at her son – who was wrapped up in his royal gown for the day out.

The Duchess of Cambridge and Prince Louis in the garden at Clarence House, following Prince Louis's christening. 📷 by Matt Holyoak.

Other photos showed her sitting alongside her husband and children Prince George and Princess Charlotte. While Charlotte had her attention solely on her baby brother, George showed a rare playful side and flashed a huge grin to photographer Matt Holyoak.

They were then joined by William’s father Prince Charles and wife Camilla, his brother Prince Harry and his new wife Meghan, as well as Catherine’s parents, sister Pippa along with her new husband James Matthews and her brother James.

The Duke and Duchess of Cambridge with Members of @TheRoyalFamily. This photograph was taken by Matt Holyoak in the Morning Room at Clarence House, following Prince Louis's baptism in the Chapel Royal, St. James’s Palace.

The Duke and Duchess of Cambridge have released four official photographs to mark the christening of Prince Louis on Monday 9th July. The photographs were taken by Matt Holyoak at Clarence House, following Prince Louis's baptism in the Chapel Royal, St. James’s Palace.

Catherine last gave an update on Louis during an engagement in the Scottish city of Dundee. According to The Daily Mirror, she confirmed that Prince Louis was “already a fast crawler”.

Read more: Catherine gives an update on Prince Louis as she steps out in tartan

What are your thoughts on the latest photos? Do you have a birthday message for Prince Louis?