Grandparents accused of spoiling grandkids with too much screen time: Study 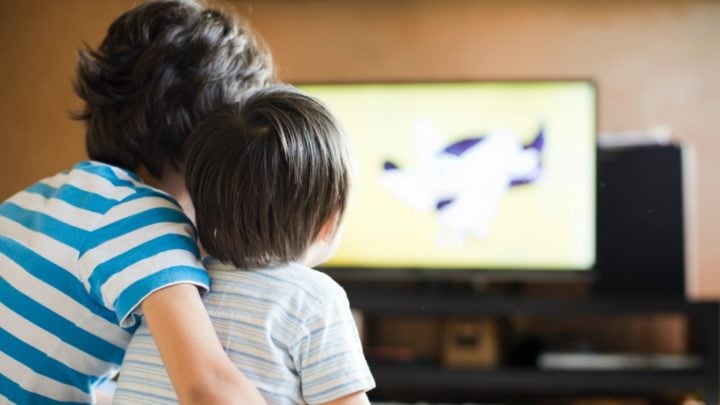 A new study has found children are spending hours in front of a TV while in their grandparent's care. Source: Getty

Grandparents are known to be the spoiling kind, sneaking their grandkids lollies and chocolates when they come to stay and letting them watch movies and TV shows for hours on end.

But a new study by Rutgers University and other researchers has found grans and grandads are also contributing to their grandkid’s addiction to screens and their need to constantly be staring at a phone, tablet or television, which in turn affects their overall wellbeing.

In fact, the researchers discovered grandparents on average are allowing their grandkids to spend about half of their time on a technological device whilst in their care.

As part of the study, published in the Journal of Children and Media, researchers reviewed the experiences of grandparents of children aged between two and seven who take care of their grandies at least once per week. Shockingly they found that during an average four hour visit, the children spent two hours either watching videos or playing games on electronic devices.

There were many reasons for this with grandparents claiming they feel less confident in managing children’s use of interactive media, such as games, than in managing their use of non-interactive videos. However, it was grandfathers in particular who were found to be allowing more interactive screen time than grandmothers, with researchers suggesting this could be because they are more comfortable with the technology.

They also found while some children’s parents gave the grandparents instructions about how to handle media use, this ironically led to more screen time viewing.

Perhaps not surprisingly, grandparents found it was harder to manage the media use of their grandsons and older children with boys on average spending 17 minutes more than girls with media related activities.

The amount of screen time was also increased when grandparents were in their own homes rather than the children’s. However, screen use was also heightened when the grandkids brought their own devices to their grandparents homes.

Read more: The fine line between treating grandkids and spoiling them rotten

Overall, the lowest amount of time dedicated to media use per visit with grandparents was found among children aged two to three, at an average of 98 minutes per visit. This was compared to children aged four to five, who spent approximately 106 minutes on electric devices and children aged six to seven who had 143 minutes of screen time on average.

In a bid to crackdown on the amount of screen time, researchers suggested grandmas and grandads set restrictions on media use when babysitting to help limit their overall time on the devices.

“Grandparents play a significant role in raising their grandchildren,” study co-author Dafna Lemish said. “We need to educate them about the impact of media on children’s lives and on proper use that will benefit the wellbeing of their grandchildren.”

The study recommendations included setting strict rules on device use such as not more than an hour, not before bed time and not during meals. Researchers also advised parents to supply toys, games and books to help grandparents keep children busy during their visit.

How much time do you allow your grandkids to spend in front of a screen? Do you have strict rules on this while babysitting?