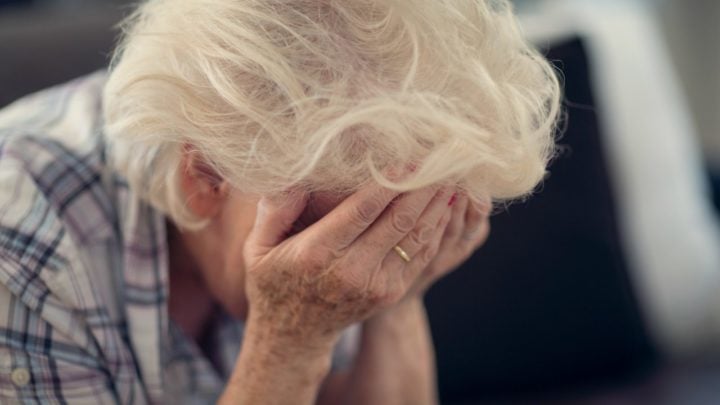 A grandmother opens up about feeling not needed anymore. Source: Getty (model used for picture)

For many grandparents, helping to look after grandkids can bring back memories of raising their own children – particularly when they’re heavily involved in their care. But one grandmother has now admitted she’s been left feeling “bereft” after having to back off and create boundaries, after her grandchildren’s mother took over full care of them again.

Taking to online forum Gransnet, the gran explained that while her daughter was previously struggling to juggle a demanding job, rocky marriage and health issues, she had had to step in and act as a back-up mum for her three grandkids, now aged 10, seven and five.

“[We] were VERY involved in the kids daily life,” she explained. “It was exhausting but became the focus of my life, despite having my own busy career and active social life.”

However, the gran revealed her daughter’s life is much better now which means her services aren’t needed as much, if not at all, adding her daughter isn’t letting her see the kids that often.

“I feel bereft — I guess I am now a ‘normal’ Grandmother, not a replacement Mum, and there are definitely advantages to that! But I miss the kids, the daily involvement, and feel like I’ve been put back in my place as a Grandmother.

“I used to know everything that was going on in the kids’ life, but now I am much more removed from it.”

The gran continued: “I know this is all good, but I find myself trying to negotiate more time with them and [daughter] pushing back on me.”

She also revealed that spending precious time with her grandkids was her way of coping when things with her husband, who suffers from depression, were difficult.

The gran was not alone in her worries, with many other grandparents sharing their stories.

One commentator empathised with the gran but said moving on was quite normal: “I think it’s natural for you to be feeling a bit bereft. My DGS [darling grandson] and DD [darling daughter] will not need me so much in the future. I’m loving the input I am having now and value that time. I know it won’t be for much longer. They do move on.”

Another in the same position, someone else added: “GC [grandchildren], who I looked after since they were born are now 16 and 17 years old. I have been made redundant. My daughter hardly rings because she doesn’t need me anymore.”

Meanwhile a third wrote: “You were the centre of their lives and now you’re back on the periphery like most grandparents are! Luckily for you, you’ve recognised what is going on and you’re taking steps to normalise things.”

What are your thoughts on this? Have you experienced something similar? Are you close with your kids and grandkids?