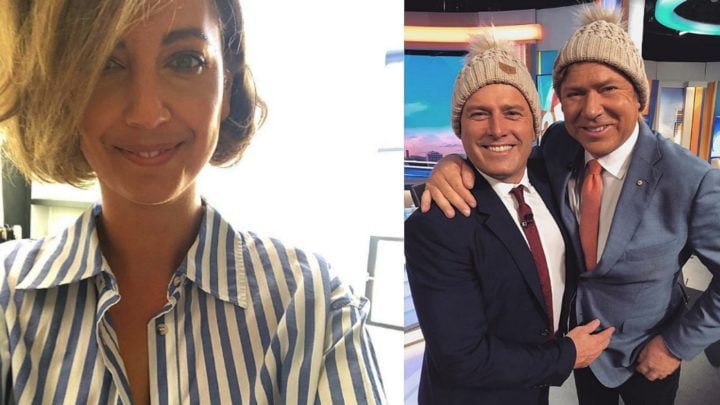 Triple J newsreader Brooke Boney will join Today as its entertainment correspondent in 2019.

Nine partner website 9 Honey reports Boney, who previously worked as a political correspondent for National Indigenous Television and SBS, will work closely with Richard Wilkins in the Today family, and will take on a significant share of the workload while Dickie moves to Today Extra instead.

Nine’s Director of News and Current Affairs Darren Wick confirmed that Wilkins will remain the entertainment editor at Nine, but will have a greater role on the second-tier Today Extra show with David Campbell and Sonia Kruger.

“I’m really thrilled to be joining the team and so excited to be working alongside Richard Wilkins,” Boney said in a statement obtained by 9 Honey. “He’s such a legend in the business. It’s such an exciting time to be joining Nine and I am looking forward to learning from everyone on the TODAY team. As a young girl growing up in the country I watched TODAY so it’s really awesome to know it’ll be my new home.”

Boney, who is indigenous, left her role at Triple J in late November after spending two years as the news presenter on Triple J Breakfast. She will become one of the few young indigenous women to work on national television in Australia.

how lol is this photo from the first day we met a coupla years ago. little lesson for ya: always say yes to facial hair and promo photos get used for absolutely everything so make ‘em good. Yaluu babies. I’ll miss you a lot 😢❤️

A proud Gamilaroi Gomeroi woman from New South Wales, Boney has covered indigenous and foreign affairs for ABC News, two elections and also written about what it’s like to be a young Indigenous person in Australia.

“When I was growing up there weren’t many Aboriginal people on TV or radio and I think it’s really important that our media reflects the country we are and there’s so many different nationalities that make up Australia. It only makes us stronger and better when we include everyone,” she said in an interview with Who magazine earlier this year.

This week it was announced that Karl Stefanovic will not be returning to his role as host on Nine’s flagship morning show next year.

The announcement came after months of speculation about Stefanovic’s future on the network after a tumultuous few years in his personal life.

“Nine and Karl Stefanovic have agreed it is time for him to step off the Today Show,” Nine said in a statement. “Karl remains on contract with the network and will continue to host This Time Next Year, which records in February.

“For over 14 years Karl has been at the centre of the Today Show bringing his unique personality and perspective to the day’s news and current affairs. An announcement on the new line up and format of the Today Show will be made in the coming weeks.

News of Stefanovic’s departure came just a day after his younger brother Peter announced he had quit the Nine Network after more than 15 years with the news division. He made the surprise announcement on Tuesday evening, saying he valued his time at the company but had decided it was time to move on.

Read more: Who should replace Karl? Big names that could front Today in 2019

What are your thoughts? Are you happy to see Nine changing it up?