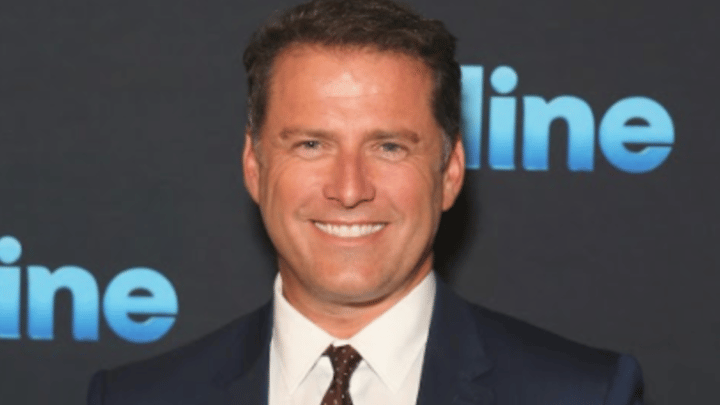 Karl Stefanovic has announced he is leaving Channel 9’s Today show after 14 years, just hours after his brother Peter stepped away from the TV network.

Describing the daily program, which he currently hosts with Georgie Gardner and previously hosted with Lisa Wilkinson, as “the best show on television”, the 44-year-old TV star admitted it had been a “tough time” but insisted he plans to continue working with Nine in the future.

“For the last 14 years I’ve co-hosted the best show on television. I can’t thank Nine enough for the opportunity. I never in my wildest dreams thought I would be good enough to host this grand show for so long,” he said in a statement, while enjoying a luxury honeymoon with his new wife Jasmine Yarbrough.

“Thanks to our viewers mostly, you are what matters most. It’s been a tough time. Thanks for hanging in there. I look forward to seeing you in another capacity at this great Network soon.”

Insisting Karl and the show had made the decision together, Nine’s Director of News and Current Affairs, Darren Wick, confirmed the presenter will continue to host This Time Next Year in February.

“Nine and Karl Stefanovic have agreed it is time for him to step off the Today Show,” he said in a statement. “Karl remains on contract with the network and will continue to host This Time Next Year, which records in February.

“For over 14 years Karl has been at the centre of the Today Show bringing his unique personality and perspective to the day’s news and current affairs. An announcement on the new line up and format of the Today Show will be made in the coming weeks.”

Karl has had a turbulent last few years while working on the show, having split from his wife Cassandra Thorburn before going on to start a relationship with Jasmine Yarbrough. He tied the knot with his new wife just days ago in a luxury Mexico wedding, before jetting off on honeymoon together.

One of the best mornings I’ve ever had on the Today Show this morning. All about the love at airports. The today team led by this woman rocks. @georgiegardner9 @qantas

It comes just hours after Karl’s brother Peter announced he had quit the Nine Network after more than 15 years with the news division. He made the surprise announcement on Tuesday evening, saying he valued his time at the company but had decided it was time to move on.

“I’ve had an amazing time at Nine being a foreign correspondent, News reporter and covering some amazing stories for 60 Minutes,” he said in a statement. “I’ll miss my friends at Nine very much, it has been a huge privilege to work alongside so many great people.”

A Nine Network spokesperson said the media outlet and Stefanovic had mutually decided to part ways and that they wished him the best.

“Peter has decided to explore new opportunities and is looking forward to spending weekends with his wife, Sylvia Jeffreys,” they said. “He has been a respected member of the 9News team and Weekend Today, and we wish him all the best for the future.”

Happy birthday to my ambassador of good times! My big brother and deadset legend @kstefanovic . Love ya mate

The Weekend Today host was caught up in the Ubergate scandal in March, alongside his brother Karl, that caused a PR crisis for both brothers and Nine, after they were caught complaining about their colleagues and positions at the network.

The younger Stefanovic reportedly complained that 60 Minutes producers always rejected his ideas and that the show was “sucking the life out of him”. He joined the program in 2017 after hosting Weekend Today alongside Deborah Knight for a year, and later returned to the weekend desk to host the show with Allison Langdon.

What do you think? Are you sad to see Karl leave?