Daily Joke: A man is struggling to find a parking space 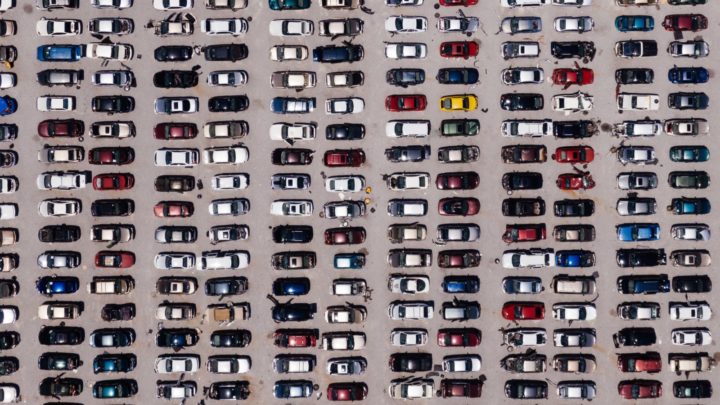 "I can't stand this. If you open a space up for me, I swear I'll give up the drink and go to mass every Sunday." Source: Pexels.

A man is struggling to find a parking space. “Lord,” he prays. “I can’t stand this. If you open a space up for me, I swear I’ll give up the drink and go to mass every Sunday.”

Suddenly, the clouds part and the sun shines on an empty parking spot. Without hesitation, the man says: “Never mind, I found one!”

A monk is writing old laws by hand

A young monk arrives at the monastery. He is assigned with helping the other monks copy the old laws of the church by hand. He notices, however, that all of the monks are copying from copies, not from the original manuscript. So, the new monk goes to the head monk to question this, pointing out that if someone made even a small error in the first copy, it would never be picked up! In fact, that error would be continued in all of the subsequent copies.

He goes down into the dark caves underneath the monastery where the original manuscripts are held in a locked vault. Hours go by and nobody sees the head monk. The young monk gets worried and goes down to look for him. He sees him banging his head against the wall and wailing.

The head monk with tears in his eyes replies: “The word is celebrate!”

A blind man visits Texas. When he gets to his hotel room, he feels the bed. “Wow, this bed is big!”

“Everything is big in Texas,” says the bellhop.

The man heads downstairs to the bar, settles into a huge barstool and orders a beer. A mug is placed between his hands. “Wow these drinks are big!”

The bartender replies: “Everything is big in Texas”.

After downing a few, the blind man asks where the bathroom is. “Second door to the right,” says the bartender.

The blind man heads for the bathroom but accidentally enters the third door, which leads to the swimming pool, and he falls in. Popping his head up from under the water and flailing his arms, he shouts: “Don’t flush, don’t flush!”