An improvement in aged care facilities starts with more staff 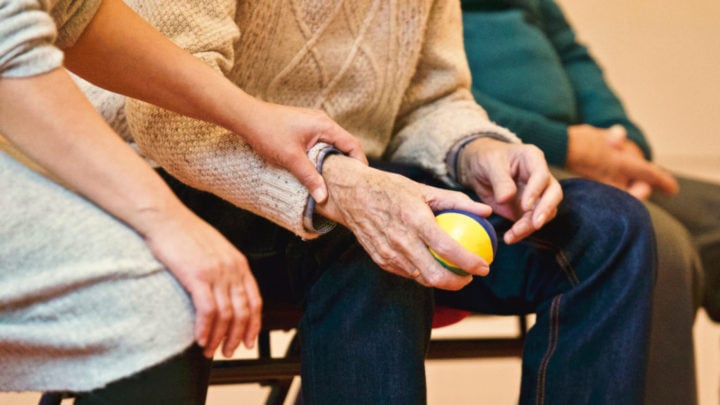 Experts have backed calls to increase patient-staff ratios at aged care facilities across the country, claiming it’s the top priority for improving the care of Australia’s elderly.

Last week, Counsel assisting the Royal Commission into Aged Care Quality and Safety put forward a series of recommendations to improve the sector. This included mandatory minimum staffing levels, minimum qualification requirements for care workers and the appointment of registered nurses for every shift.

Peter Rozen QC recommended an average total care per resident of 186 and 265 minutes per day, a minimum of 30 minutes of registered nurse time for each resident every day, and at least 22 minutes of allied healthcare.

Describing the “poor and sometimes unsafe conditions” of aged care homes, he said with a lack of staff there’s simply not enough time to do the work, putting elderly lives at serious risk.

“Any redesign of the aged care system that does not remove the incentive that presently exists for providers to reduce the number of nurses they employ to cut their costs will necessarily fail,” Rozen said.

Leading Age Services Australia (LASA) has echoed his views, agreeing that the current number of carers and nurses employed in the industry is not substantial and employing more staff is necessary to the health of residents.

“Our dedicated workforce is the lifeblood of care and we need more staff who are valued, supported and accountable,” Chief Executive Officer Sean Rooney said. “Having more nurses also responds to the rising complexity of residents’ needs.”

However, Rooney agreed with Rozen that this couldn’t be done immediately, with facilities already using valuable funds to pay their staff and maintain upkeep of the residence. He said the average aged care operator struggles to cover current costs with the existing funding levels and called for further financial support for the institutions to achieve the desired goals.

“The key change here is the recommendation for a 25 per cent plus increase in staffing,” Rooney said. “The need for more funding to support more staff is something that the sector has long argued for. Achieving the best quality of care is paramount and we note that more staff can only be implemented with adequate funding.”

The response from LASA comes just days after calls were made to address ageism in the aged care sector, with experts claiming it’s a contributing factor to mistreatment and neglect of the elderly.

The team of experts said underlying ageist attitudes, stereotypes and beliefs are entrenched in society and are flowing into the aged care sector, leading to unhappy and sometimes mistreated residents.

In its submission, the coalition urged the aged care sector not to place people on a “one-way conveyor belt”, but instead focus on ways to maximise health through rehabilitation from illness, injury and impairment for the specific person.

EveryAGE Counts also recommended placing emphasis on quality of life, rather than quality of care, and give residents the chance to experience the things they enjoy in later life.

“If we redesign the system based on existing ageist assumptions and stereotypes, and the devaluing of older people and this stage of life, we are largely tinkering at the edges but leaving the foundations in place,” the submission read.

“In so doing, the ongoing impact of ageism will continue to sabotage improvements and change in aged care and undermine quality of life for older Australians.”

What do you think needs to be done to improve the aged care sector in Australia?