The capital gains tax implications of selling an inherited property 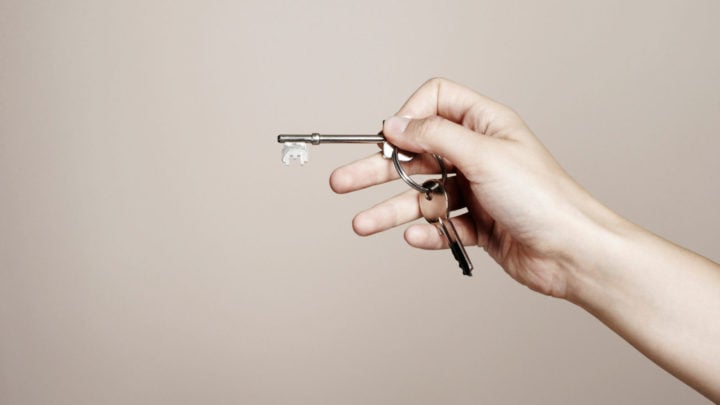 Make sure you don't miss the window of sale when handing over your keys to avoid CGT! Source: Getty.

Inheriting a property is usually seen as a once-in-a-lifetime windfall, but when it comes to selling it, it’s important to be aware of the complications capital gains tax (CGT) can bring.

Generally speaking, when properties have only been used as a principle place of residence, no CGT is applied to the sale proceeds. This rule is also applicable to properties bought before September 20, 1985, regardless of how the property was used.

Financial expert Jim Kilkenny says one of the most important things to consider when trying to minimise CGT is the timing of the sale.

“In a nutshell, where the executor of the estate or the beneficiaries sell a property which was used exclusively as a principal place of residence by the deceased, there will be no capital gains tax on the sale so long as it is sold within two years of the death of the owner,” he says.

However, this rule only applies if the house was exclusively a principal residence for the deceased and was not let or otherwise used commercially during the two years subsequent to their death, meaning if any income was made from the property, no matter how big or small, proceeds of the sale may be only partially exempt from CGT.

According to the ATO, partial exemption can include properties that were the main residence for only part of the time from when it was initially acquired by the deceased up until the point of sale. The exempt proportion of the capital gain can be calculated by taking the time period of main residence and dividing it by the total time of ownership. And for properties acquired by the deceased before September 20, 1985, the relevant period starts at the date of death.

Although selling a property in the two years after it is inherited is the general rule of thumb for minimising CGT, certain situations can call for an ‘application of extension’, which means you can sell the property more than two years after inheritance with the same CGT status. But such an extension must be approved by the ATO.

These situations include delays that are out of your control, such as:

So what happens if you missed the two-year period and don’t have a valid reason to apply for an extension, or are choosing to keep the property for longer? Kilkenny says CGT will be based off the value and use of the house following the change of ownership – so think carefully before renting it out or listing it on AirBNB

“If the deceased acquired the property prior to the 20th of September, 1985, the beneficiary will only be subject to capital gains tax – if the property is not used by them as a principal place of residence – on capital gains arising after the death of the previous owner,” he explains.

“It is very important then for executors and beneficiaries to get a formal valuation of such a property at the date of death if it is not being sold within two years of the date of death of the deceased,” Kilkenny notes.

CGT will apply if the property is transferred to a tax-advantaged entity such as a charity or to a foreign residence. It’s also important to note that any unapplied net capital losses from the deceased will not transfer to the beneficiary to offset against any net capital gains.

Have you inherited a property? Did you sell it or keep it?