‘Tequila, hot chips and sun: Nothing beats family holidays in the 1970s’ 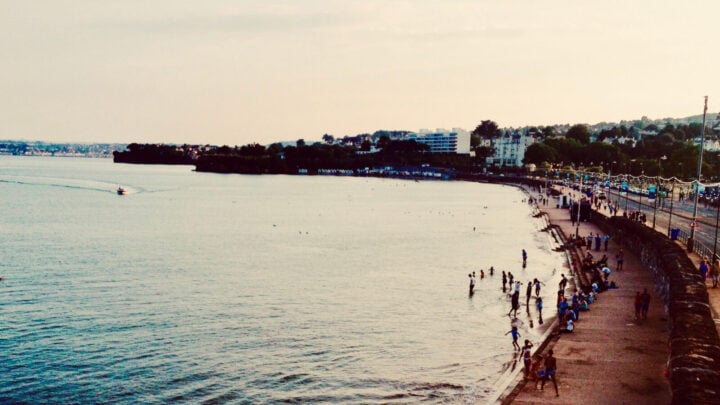 Jacqui recalls some of her favourite holiday memories with her family. Source: Getty

In the late 1970s we had a special holiday place. It was a house we hired in, Croyde, North Devon, in the UK. The lovely solid brick house slept 10 people. We first went with friends who had two children and we had three, so it was perfect. We had Easter there for a few years. One memorable year it snowed as we arrived, yet Anne, my friend, and I put on bikinis and had a photo taken. We were mad! The sun did shine for us though. I can still hear the laughter and recall the fun we had.

Innocent pleasures, good food and fresh air was a great mix. There were sand dunes and an open beach. Thank goodness there were no shops or amusement arcades. Just the country and the garden. For the rather lively lot we took with us it was a perfect spot. The house was within walking distance from the beach. Our children were old enough to be allowed to do their own thing. They could all swim, we regularly checked them, and the short holiday was always a fun memory. We decided to make it a summer holiday next time, as the children were older. This time it would be just our family as we wanted our parents have a break too. My mother-in-law had lost her husband and my parents were on hard times struggling to survive on a small pension. They had spent their lives giving us all they could; it was their turn now.

In 1976 I booked the house and my husband hired a bus to accomodate us all. The holiday became a real adventure and planning it became more like a military exercise. We packed cooked food and equipment for every possible leisure activity, and my dear Dad a small time gambler, took his racing guide. We arranged it all, made a list and set off. My parents, my mother-in-law, three children, a spare friend and a dog piled in the bus. I treasure those memories and can still see the dog proudly sitting up the front of the bus.

Cooking was my job on the holiday. Most nights I cooked for nine, and one year with yet another spare child, made it 10.

Mornings began with Dad making the tea and looking at his racing guide. Mum always helped prepare food, so we worked well together. I got through a lot of bacon and eggs for that lot. Then it was off to town after we had first walked the dog up the cliff and along a grassy path.

We would drop the boys off, to do boy things, like try to impress the local girls with their snazzy bell bottoms and long hair.

The year our daughter brought a friend we had some very tense late nights making sure they came in. They were about fifteen or sixteen, dangerous years. But we all got on well and the girls came to no harm. We sometimes bought the local fish and chips and went out for a few fabulous meals. Mum was a great cook too and would supervise the huge roasts we cooked. Washing up was shared, but mostly by females of course!

Something beautiful happened in those years, leaving all of us with special memories. Afternoons in the garden with my Mum who had suffered a tough life in many ways and was finally able to relax and sit in the sun, spending time with her grandkids. My poor Dad didn’t know he would face ill health in later years, thank goodness, and spent his time happily joking with my boys, doing his few penny bets and having a lager at the pub. He was content. My mother-in-law already had the disease that would take her from us but the time spent sitting reading and chatting to my Mum gave her some respite. She loved that place and the beautiful weather that year. It was one of the last times we would all be together, so carefree and happy, so grateful for it a bittersweet time.

The rolling Devon hills and the fabulous beaches, such as Putsborough, remain like a jewel in my memory.

We had a couple of holidays here and then later took the children to Spain, travelling to Menorca a couple of years later. That too was special but the holidays with the sand-covered dog, and the wild night in Devon with Mum and I drinking Tequila together still make me laugh. Mum only drank shandies usually, or the odd beer, but we went out to a new place on the last night of our holiday and got drawn into a Tequila tasting game. There she was, a plump little lady knocking back lemon, salt and strong drink. How we got her down the steps from the beach bar I shall never know. Not that I was entirely sober either. But we had that story forever to make us happy and recall a very special time.

What are your favourite holiday memories?