‘It’s not coronavirus: Why small town shops are really closing their doors’ 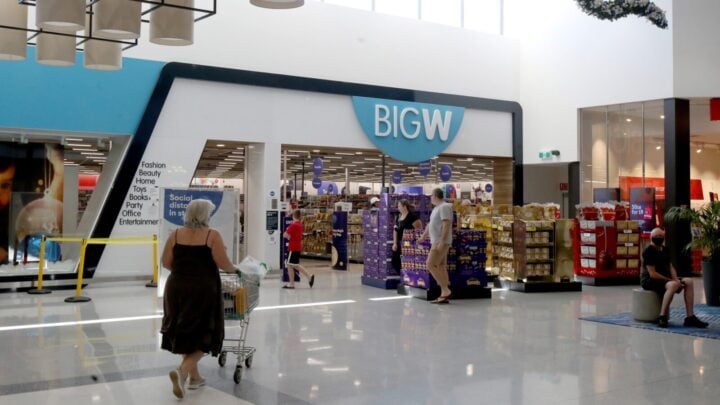 On January 15, our local Big W variety store closed. It was one of about 30 nationwide to go west this year, many of them in regional Australia. Add to that about 100 Target stores due to close, or be converted into Kmart stores — you work out how many exactly — and what you have before you is a full-blown shift in the way of life for many of us.

As it happens, I am involved with the production of a community newsletter in our country town and so I thought it was the kind of event that needed attention drawn to it. Very little digging revealed that 56 people were on the books of Big W and that of them 48 could expect to be jobless — and income-less — when the store closed its doors.

Of the eight who found alternative employment, it was suggested that most would pick up shifts in other large stores, mainly the local Woolworths supermarket. You didn’t have to be a genius to work out that in a declining economic climate, those shifts would be at the expense of existing employees, whose shifts — and incomes, again — were already in decline.

This is a major blow to regional Australia, where very few towns and districts are doing well and where the end, shortly, of JobSeeker and JobKeeper Covid-19 supplements will reduce still further the volume of dollars flowing through local communities.

As I said, we published the story and I listened for comments, and I perused Facebook for opinions. I Googled our otherwise garrulous local federal member of parliament, and our more discreet local state member of parliament, our elected local councillors, and our local outlets of Big Media, even the nutters who infest social media. If I said there was a Deafening Silence, I would not be far off the truth. In fact, the only noise I heard was from a sprightly 93-year-old woman who had been around the traps long enough to smell a rotten egg when it passed her nose, but no one was listening to her.

In our story, I drew attention to the fact that most of the people who lost their jobs at Big W were among the most vulnerable in the community — women trying to keep a household together, kids without skills, middle-aged men facing 20 years before they qualified for the age pension — people who had every reason to fear long-term unemployment.

(At this point, may I intercede by pointing out to those who might say “Yah Boo, there’s a job here in our local pub and no one will take it”, how are people with kids in school, a home to maintain and food to provide, supposed to shift vast distances for three four-hour shifts a week, paying $26 an hour? And keep their families intact and healthy? You try it!)

It’s not the lack of concern for people on the fringes of mainstream life, people whose quiet desperation to survive, unlike that of the homeless, is almost invisible, who I want to talk about. It’s the importance of large variety stores and supermarkets in regional Australia, and how their advent made millions of Australians much more vulnerable than was the case a couple of generations ago.

My first job, as a 15-year-old, was for two weeks working on the tiny tinned-food counter at the Coles variety store in the Sydney suburb of Crows Nest. My pay? A princely 5 pounds, 12 shillings and tuppence. Interesting, but more importantly for my story, that Coles store was set in a long strip of small stores offering a myriad goods and services. Remember the shoe repair man? Remember the radio repair man? Remember the sweet shop owner? Remember the nice lady who sold school wear? They were all there.

Retailing was a community service industry then, and many shops passed from generation to generation, preserving a body of knowledge. And, I believe, minimising waste. Enter the big operators in the 1960s, however, and retailing became Big Business, its foundations being the rezoning of land to build huge mega-complexes, the rise of franchise operators, the demise of the independent store, and the growth of the throw-away culture.

I saw the consequences in Sydney and Wollongong, where I used to live, as each new development left a white elephant in its wake, but everyone thought it would go on forever. The pattern was always the same, some people lost jobs, other people lost their access to the cheaper goods they had become dependent on, while the owners of the land acquired for the next big shopping development were laughing all the way to the bank. (Probably in the Cayman or British Virgin Islands, if you can believe the Panama Papers.)

It is in the regions that this process is playing out so harshly. Our kids live in the shadow of a metropolitan culture that fills them with longing and envy, accentuated by their inability to access it, unless they come from more fortunate families. Thus, it is important that they can go to a flash local shopping centre and see the same store brands they ogle on television — Katies, Sussan, Sanity, Surf Dive ‘n’ Ski, Jeans West, Noni-B, the list goes on.

But when the big ‘anchor’ store falls, taking all that cheap merchandise with it, somehow the viability of the little franchise stores crumble too but, unlike in the city, there isn’t an alternative 10 kilometres away. So the social fabric of the regional town is irrevocably damaged. Right across Australia you can see it happening now. Just don’t look for any honest explanation from the usual suspects, because when I looked, all I read was that the culprit was Covid-19. A nice old smokescreen if ever there was one!

I have little doubt that a major transformation is underway in regional Australia and it is going to be hard to deal with. TAFEs and apprenticeships have been so hammered by the meanness of cost-cutting that the resurgence of the small entrepreneurial tradesman in his own shop is highly unlikely. Who has the capital or the knowledge or access to suppliers to start an independent shop, like a book or record store, from scratch once the franchise pulls out of a small town?!

Is there a solution? Well, it’s not in going back to the ark. Why not, instead, ask our elected representatives, in parliament and in councils, or our local media outlets, so adept in beating the booster drum, to show a little caution the next time that a smooth-talking developer wanders into town with a wad of cash in his hand.
Why not ask the obvious question: if we let him build a new supermarket here, what affect will it have on the lives of those depending on an existing supermarket which, for certain, is going to become a white elephant? What about the owner of the non-performing land dazzled by the windfall prospect of millions? Quietly tell him/her that he/she’s done pretty well over the years from our town so why not accept thousands instead?

Are you noticing more store closures in your area?