‘Indomitable: The woman who hatched a plan to escape from her nursing home’ 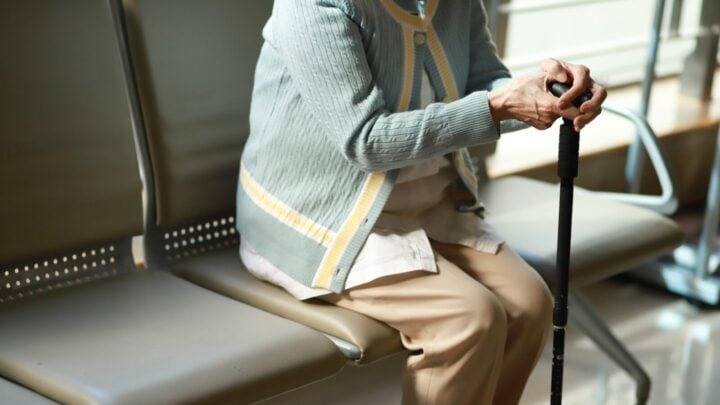 She bided her time and then, when no one was looking, made her move. Source: Getty Images

How would you define older ladies? Indomitable! Once upon a lifetime, I met an old lady, name of Evelyn*. She’d migrated to middle Melbourne, to somewhere in Victoria in Australia, from the unsunny climate of Manchester, in the United Kingdom. Her only son and his own family had escaped to the land of Oz, to get away from her.

Disappointed in their lack of a welcoming reception, in a chapter of ‘Happy Dysfunctional Families’, Evelyn settled into her own little unit. She had been a heavy smoker since the age of 10. As she often stated, “Smoking keeps you slim”. Evelyn told many an amusing tale of her early days, when her father bought her two packets of cigarettes for her 10th birthday. He told the young Evelyn to always smoke the best cigarettes she could afford, instead of swiping his roll your owns. Imagine the parent police if someone did that today!

Yes, Evelyn was indomitable, like most older ladies I ever met. She was tough as old boots. For more than 70 years, she duly smoked two packets of the best cigarettes every day, the most expensive brands, naturally. I regarded her as an inspiration to smokers. Not one cell of cancer ever mutated in her tiny grey-haired physique.

Unfortunately, one day, Evelyn woke up feeling not quite up to par. She caught a taxi to her local medico, who promptly informed her son, against Evelyn’s express wishes. Thus, her son arrived and drove her to a nursing home. He deposited her there, went to his mother’s unit, and returned with her night attire and a change of clothes.

Mother and son had never got on with each other. “This is it!” he told his mother.

That was that. Evelyn still had some cigarettes. She sat smoking in the garden setting, as she mulled over this drastic change of circumstances. The geriatric nurses disapproved of her cigarette addiction, but gave her a few fags anyway.

Morning dawned after a sleepless night, all alone in her nursing home, tossing and turning, clutching her handbag. And? Evelyn had formulated a plan. She showered and dressed, still clutching her handbag, containing her purse, her cash, her cigarettes and her front door key. Evelyn made it to the entrance foyer. Here she sat decorously in an armchair, gazing at the old magazines. Eyes watching like a hawk, she spied people entering and exiting, using an exit code on a keypad. Evelyn quickly jotted it down, biding her time.

“All in due course,” she muttered, “that son of mine will get his.”

By now, it was 1:30pm, a lazy afternoon for the nursing home residents and nurses alike. Nothing much happened there anyway, in a forever home. The television blared in the day room, the nurses were all seated there with a few dozing geriatrics, all tuned in to Days of our Lives. Everyone else was in their rooms, settling in for nanny nap hour.

Evelyn sat there in the foyer, looking intelligent enough, making no fuss. She walked over to the front door, keyed in the correct exit code, and leisurely walked away. No one noticed.

“That’s what nurses are for …” Evelyn smiled to herself.

This was the ‘good old days’. There was one of those old-fashioned edifices around the corner, a public phone box. Evelyn raided her purse, phoned a taxi, after observing the street name. The taxi appeared quite promptly, and Evelyn was driven off to her own home unit, her good coffee, her own ablutions, and her cartons of cigarettes. Opening her front door, a huge sigh of relief emanated. “Safe!”

Lighting up her fag, Evelyn had a good giggle over her ‘great escape’. Some years later, Evelyn passed away, sadly, of a massive heart attack. She left behind her apathetic family, two cartons of best cigarettes, and some great poetry. Plus a lot of money for her grandchildren’s inheritance, nothing for her son. She had even written her own eulogy, and he had to read it at her funeral. Indomitable to the end, leaving us happy memories of our good times together.

Indomitable, her ‘great escape’. The nurses still had not noticed, and never looked for her, or checked up on her. I guess that is what nurses are for! A true tale of an indomitable older lady, somewhere in middle Australia.

*Name changed to protect her identity.

How would you define the older ladies you know?