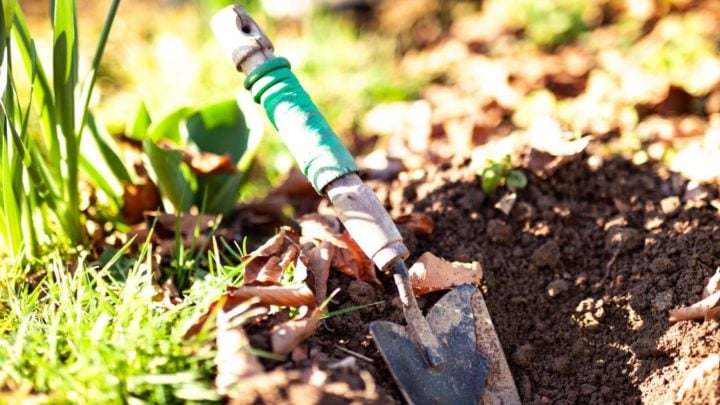 Rod is not keen on gardening. Source: Getty Images

Many people of our vintage can relate to this: we seem to have swum through our childhoods in a sea of maxims. You know those little sayings that claim to encapsulate great depths of wisdom in their pithy play on words. Indeed, looking back, it seems that whether it came from a parent or a teacher, there was always one for every conceivable circumstance, every imaginable occasion.

Now I cannot tell, with the benefit of my own parenthood, whether resorting to a snappy maxim is conclusive evidence of exhausted parenthood or lazy parenthood, but I do know this: it sure kills off any possibility of dealing with and understanding the nature of any particular problem to a child’s ultimate benefit.

Recently, I had cause to ponder on one maxim that was a regular analgesic in my own childhood (and especially my adolescence) and that was “every cloud has a silver lining”. While I can’t even begin to imagine what silver lining might be found in genocide or the Ebola virus, I accept that in the daily life of the proverbial humble individual there might be some truth in it.

Before the summer bushfires erupted, we in regional Australia were experiencing what was possibly the worst drought since weather records began to be kept more than a century ago. Pasture was gone, stock had perished, crops were a thing of the past, hard-working farming folk have been driven to the wall in despair.

How could an ugly cloud like drought have a silver lining, especially when it created the conditions for the horrific bushfires that followed? In a big-picture sense, it can’t. But in a little picture sense, if we narrow our focus to the geriatric carrying all the ailments that can make sedentary retirement an ambivalent experience, drought has one positive virtue: Nothing grows.

That means no lawns to mow, gardens to weed, trees to be trimmed, leaves to be scraped out of gutters, annuals to be planted; so the list goes on. To some people, gardens are wonderful places of rest and inspiration and I certainly respect those who swan around a manicured domestic plot, admiring this, snipping that, gathering blossoms in May and all the rest of it. Indeed, I was quite addicted for a while to television gardening programs, and rather wished I could live in the arboreal perfection that they regularly present. Rather like salivating over the creations of TV celebrity chefs.

Yet, for much the same reason in both genres, I could never get the nagging questions out of my head: who does all the legwork behind the silky presentation? Who washes up all the pots and pans after they are so casually tossed aside in an act of gastronomic fervour? And who cuts the grass, rakes up the leaves, turns over the sods and bags the rubbish that is the bedrock of a picture-postcard property?

I have to admit at this point that, unlike my wife who is always shifting cuttings from one pot to another and who has an encyclopaedic sensitivity to nature, I have an utter aversion to gardening. That aversion is seared into my bone-marrow so deeply that I put it on a par with swinging a sledgehammer in a chain gang to break up rocks for road base. For that is the one enduring memory that I retain of how my parents’ 1950s dream-home became a ball and chain.

At first, they planned the garden by faithfully replicating one of the layouts that used to appear regularly in the old Sunday papers. They laid down paths in the right places, setting garden-beds around them by trucking in tonnes of river loam and then planted shrubs and bushes at precise, mathematical intervals apart. And then watched as the fun in their lives sagged under the never-ending weight of potting mix and mulch.

The last image I retain of those years is of my father, by then struggling with a well-advanced bout of nephritis, slumped on an old hessian bag, laboriously prising weeds out of the lawn. Years later, when I saw a neighbour doing exactly the same, I gasped in horror: “Maureen, why are you doing this? They’re green, just like the bloody lawn.” She stared at me as though I was certifiable.

While I have been very alert to the impact of the drought on regional Australia, in this one narrow, selfish aspect, the drought has been my ally. As the weekend approached, I put my head out the door, sniffed the breeze and made a few desultory observations: No, I am reassured, nothing has grown since I made my last half-hearted foray into the garden.

But no one was under any illusion that this would end the drought. That would require steady sustained rain over days, if not weeks, to so saturate the ground that the downfall would eventually seep into the productive subsoil strata. But what it actually did was to dampen the topsoil sufficiently to galvanise the weeds, those terrorists of orderly planting.

I tried to ignore the obvious that at least some maintenance of our garden was now necessary — but not essential, I muttered defiantly. I procrastinated behind the heatwave with the lame excuse that sunstroke would put a greater burden on our family than a few, irritating weeds. I consulted the evening weather forecasts — cool, overcast conditions, perfect for a day in the garden, I grudgingly noted. But rain was expected, and my heart soared.

Eventually, I was shamed into at least making an effort; not because of concern for what the neighbours might say (that great justification of our parents’ generation) but rather, as I stood unhappily in the lightest possible drizzle praying the heavens would open up in a silver deluge, I happened to see my wife poring over her own endless chores, without complaint, in the kitchen above. I knew the jig was up.

What maxims get you thinking? Is there a hobby others like that you detest?