‘I ignored my father most of his life, now it’s my biggest regret’ 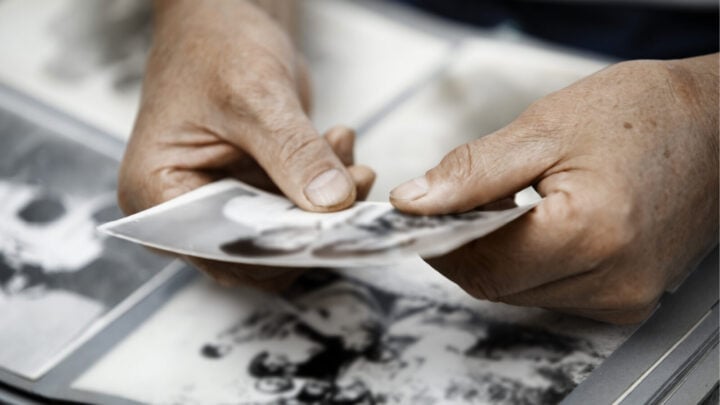 Like many of us, Rod has regrets about his relationship with his father. Source: Getty

Regret is a word I often wonder about. I see little sign of it in an era whose zeitgeist seems to be to “live in the moment” or “move on” or “get a life”.

At its worst, I suppose, the lack of any sense of public regret — apart from ritualistic Sorry Days – results in the victims of acts of entrepreneurial ruthlessness being dismissed as so much (inevitable) collateral damage.

Yet, I wonder whether one can have too much regret, that it might hinder one’s efforts to move on oneself, leading to a reservoir of self-doubt that if allowed to fester, benefits nobody.

In my formative years, I experienced a growing uneasiness that I had not given my father his due respect, not only for his biological presence in myself, but as a discrete person in his own right. It was not entirely surprising that this was so, because it would have been difficult for any person to have shared the stage with as strong a personality as my mother’s.

Only her family mattered. Only her experience had any value worth preserving. Only her opinions carried any weight. And so on. With the inevitable result that my father disappeared into a sort of half-life, whose nadir came when his mother – my grandmother – died, with his visible distress irritating my mother-centred adolescence. It was something about which I still feel shuddering shame.

I suppose the best description of his place in our family was disregarded. And that disregard continued almost to the point of his death at the relatively young age of 67. I had visited him in one of the old Nightingale wards at Sydney Hospital where I very casually asked the charge sister when he was expected to recover. “He won’t,” she replied, matter of factly. “He has nephritis and it’s terminal.”

Panicked, I arranged on his discharge, to take him on a week’s holiday to his old fishing haunts along the Hastings River. Day after day I rowed him out into the deeper water, vainly hoping that at least one ‘flattie’ would oblige his hook and so give him a memorable send-off. None did. But worse, for what was supposed to be a belated attempt to bond with my own father, to lay to rest all the regrets that dogged me from that day his mother died, I could think of absolutely nothing to ask him. It was one prolonged, aching silence.

He died shortly after and it surprised me that he was so well thought of that many turned up at the funeral, including one nephew who came down from Brisbane specially, interrupting his duties as attorney-general of Queensland. But even something as unusual as that did not, apparently, disturb the torpor of my relative lack of interest in his life.

I had picked up smatterings of it over the years, but none of those bits and pieces ever stimulated any real interest in me until about my fiftieth year – nearly two decades after his death – when the old mid-life stirrings began.

At first, I tried contacting former army colleagues who had served with him on the battlefields of New Guinea, but by then they had either passed on themselves or their memories were so scrambled they could not be deciphered from the general confusion of those days. But all remembered him, and all described him as “a real gentleman”.

Then, I tried to search the net for digitised newspaper cuttings from the Victorian country town in which he lived but, while there were occasional references to him winning golf trophies or being selected to play cricket for the Victorian Country XI (top score of 196) and being a member of an AFL premiership-winning side, the man himself eluded me.

I had also recalled being told by my mother, many years before, that he had travelled to Europe in 1925 as a member of a party of Australian boys under the aegis of the Young Australia League, an organisation whose name meant nothing to me. Eventually, my curiosity got the better of me and I tried surfing the net to find . . . what? I had no idea.

To my surprise, the net revealed that the report of that tour was held in the archives of Monash University. Coughing up my fee for copying and an inter-library loan, I received in time a thick document. And it went into extraordinary detail as to what the boys did, where they went and who they met, over an entire year, an experience quite unfathomable today.

Australia than had a population of only about five million and so we forget how well we were regarded in Europe after the sacrifices made by the Australian Imperial Force in the recently concluded Great War. And so, the report told me, Europeans at the highest level regarded this party of boys as official representatives of a country to which they owed a considerable debt.

Therefore, doors were flung open to them which can only leave us dumbstruck today. Quite apart from significant figures in the British establishment they met time and time again, my father met the president of France and Pope Pius XI. And Benito Mussolini sent his apologies!

But did these revelations bring my father any closer to me? Alas, no, for the chagrin I felt was that I already knew enough to have asked him one single question out on that rowboat on the Hastings River, one question which might have broken the floodgates of a lifetime of reticence. But I was too tongue-tied by something I still cannot define. And thus he was to remain forever the man of mystery.

Years after he died, I asked my mother what had my father done in those seven years between when he first arrived in Sydney in 1932 and when he met her in 1939. She had no idea, and no interest, it seems, as though (unkind as it may seem) no existence that did not involve her simply did not exist. I might even have surviving cousins from a failed marriage.

Still, the question remains: Did my inquiry into the life of someone whose DNA constitutes half of mine, ease my regrets for the offhand way I had regarded him while he was alive. It will probably not surprise when I say, no! In seeing how much more valid was his life and quiet achievement in comparison with the empty noise of my own, it only made it worse.

Can you relate to what Rod has been though?