‘The demise of backyard bonfires and DIY cracker nights’ 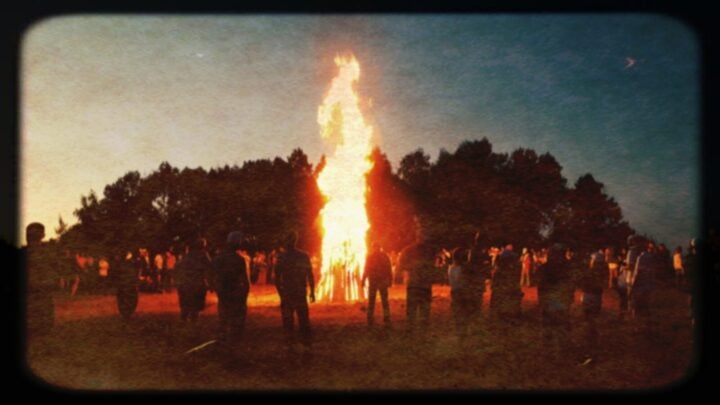 If you tell kids today that as children, we were allowed to purchase explosives from the local milk bar or corner store or newsagent, they would think you had had lost the plot. But from the early-1960s to the early-’70s along with many Australian children, that was my reality. Whereas now you may need to prove your age to buy a steak knife, children of any age could walk into a shop and choose from an array of fireworks.

The main justification for access to these fireworks were two annual events, Empire Day and Guy Fawkes Night. Empire Day on May 24 began in England as a celebration of Queen Victoria’s birthday. It soon found its way to Australia and was eventually tied to the backyard ritual of igniting fireworks.

Guy Fawkes Night always seemed to be a more communal event. It was seen as a celebration of either the bold attempt of a Republican revolutionary or the successful thwarting of a crackpot intent on blowing up English parliament with 30-odd barrels of gunpowder.

Guy Fawkes Night was a real community event with neighbourhoods building huge bonfires, often many metres high, that were usually topped with an effigy of the hapless Mr Fawkes. For weeks before the big night surrounding households would add their flammable contribution. Mostly dry branches and surplus building materials but sometimes an old dining chair or a no longer used tea chest.

Our local bonfire was on a vacant block in our street. This occurred for several years until the inconsiderate landowner decided to build a house on the block and no doubt, they baulked at the idea of having a large pile of flaming rubbish on the front lawn every year.

Fireworks were sold in the weeks leading up to these events. In Frankston, a bayside suburb of Melbourne where I grew up, you could buy your fireworks from the corner shop but if you wanted a really good selection you’d go to the markets in Frankston to a Chinese emporium, which for the rest of the non-fireworks year served as a furniture come kitchen goods retailer.

Every kind of junior explosive was available here and choice was only limited to how much pocket money you had saved in the lead up to cracker night. Catherine wheels, flower pots, Tom thumbs, penny bangers, double bangers, Roman candles, and of course an array of skyrockets from the smaller bottle rockets that had a diameter of your little finger to their much larger cousin whose name eludes me.

Tom thumbs were a great choice for thrifty children. Although they were designed to be let off all at once, if you were clever you could unlink the wicks and therefore end up with 20 individual crackers. Children were very inventive with fireworks. Blowing up die cast model cars and toy soldiers to simulate James Bond movie or Combat! TV stunts come to mind.

If you dropped a penny banger down a storm drain it made a good noise, but you had to time your drop carefully so the firework didn’t hit the water in the drain before it exploded. There were often stories of people’s letterboxes being destroyed by penny bangers, but I never witnessed this and in hindsight it seems to me that in reality the letterbox would more likely be a little scorched and filled with lots of little bits of burnt paper.

As kids we were convinced that the skyrockets we launched from a milk bottle had the power and trajectory to reach the next suburb, although in reality most of them probably ended up on a neighbour’s roof. My wife tells a story of her cracker night when her dad launched a large rocket only to have it veer off course into the neighbour’s house setting light to the curtains of an open window. Fortunately, her father was a painter decorator and he was able to remedy the damage done by his poor targeting skills.

However, aside from all of this flaming adventure and inventiveness, fireworks were responsible for many upset pets and numerous injuries such as burnt or missing fingers and even the loss of eyesight. As a result, fireworks and the DIY cracker nights were stopped in the early-’70s.

Instead, fireworks shows became a staple of school fetes and eventually most cities added massive fireworks shows to New Year’s Eve celebrations. These events are obviously a lot safer than the backyard explosions and bonfires, but we are now spectators and the DIY part of cracker night has mostly faded into history.

Did you have bonfire nights and backyard fireworks when you were growing up?