‘The importance of the arts in the mental health battle’ 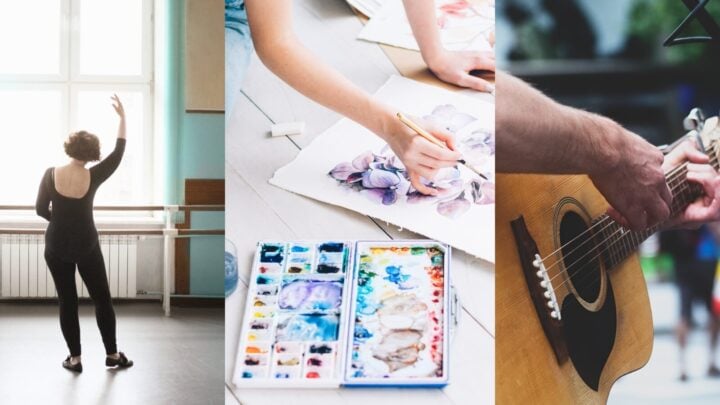 Susan writes about how valuable the arts have been during coronavirus lockdown. Source: Getty Images

It was during the height of the coronavirus pandemic that I saw the real benefits of the arts. Engaging in some form of artistic activity helped many people in lockdown remain sane and mentally healthy.

Deciding to do a bit of research on the connection between creativity, the arts and mental health, I discovered so many positives. There have also been many studies over the years showing a link between various mental health issues and the creative brain.

British artist, Adrian Hill coined the term ‘art therapy’ in 1942. In his book Art Versus Illness he documents the birth of the field while recovering from tuberculosis. He says he combated his surmountable boredom through the “simple act of drawing”, going on to say that the value of such art therapy lay in “completely engrossing the mind (as well as the fingers) … releasing the creative energy of the frequently inhibited patient”.

Today, art therapy is founded on the basic principle that you can engage in artistic practise as a means of healing.

Art has also brought about technological development. Communication between humans started with pictures drawn on rocks and that led to sign drawings. A good example of this is the Australian Aboriginal wall painting at Kakadu incorporating a red ‘sick country’ sign in a region where an uranium mine is to be found. Following on from sign language came actual writing.

The first books were hand-produced for recording religious doctrines and accompanying these were elaborate illustrations. When the Gutenberg press was invented in the middle of the 15th century, illustrations were cut into wood blocks to be printed as well, then came etching and metal letters for printing, which probably led to typewriters being invented … After that came the development of technology for cameras and book illustration.

There was the introduction of ‘moving pictures’, which led to cinemas being opened for public entertainment. Now we are entertained wherever we go, thanks to televisions, smart devices and more.

Art has its place in these mediums too. Long before its imprint in television, theatres were employing artists for the creation of costumes and backdrops. There is also a thing called ‘drama therapy’, where the skilful use of drama and the expressive arts has been found to be effective when it comes to solving problems while also promoting a sense of wellbeing because of its playful and fun nature.

It provides opportunities for families to uncover, express and resolve issues, and because the therapy is active and reflective (theatre games, storytelling, enactments of real situations, imaginative play), it can assist people in navigating their emotions.

Art is used for the making of computer games and these developed on from board games and were also inspired by stories in books and films. All initially came from artistic conception.

With so many people around the world affected by coronavirus we have been forced indoors and away from others. It has highlighted the importance of the arts and their contribution to our wellbeing.

Some countries, like Australia, enjoy relative freedom from their homes despite coronavirus. In Europe and the United Kingdom, we are forced into lockdown and restriction. There is no denying mental health has been one of the greatest challenges of the pandemic.

Television, film, books and even video games have afforded people the opportunity to remain mobile and engaged. Escaping into fictional worlds is still possible.

Art therapists from around the world have found creativity has eased stress and helped people process the enormity of what we are dealing with. Some people will draw, others will crochet, there are those who will write and others will paint. You may have engaged in some form of artistry in the past 12 months. I know I have. The huge positive out of all of this is that regardless of what we do, it doesn’t have to be perfect (and you don’t have to have the latest and greatest supplies to get started).

I reflect on the art galleries, libraries, performing theatres and musicians that found ways to remain ‘open’ when the world was closing. Street art and murals have brightened neighbourhoods and regional towns (I was fascinated with the beauty of the silo art trail in Australia, despite living in France). Without the arts, we wouldn’t even have clothes to wear! And people have certainly found ways of repurposing clothing and homewares during the pandemic.

Then there’s the argument that technology is making many of the courses in art colleges redundant. True, I don’t suppose lettering for sign making is needed now that computers have all the lettering styles stored and people can pick the one they want. Yet, without the teaching of design, even the most professional of designs can look amateurish.

When I spoke with my friends about the value of the arts, especially during coronavirus, one said “no matter how technically correct a computer can be, there is no comparison with the creativity of the human mind”.

Art has a way of connecting people, and in times like these we need that connection.

What artistic and creative things are you interested in? How have they helped you during coronavirus?