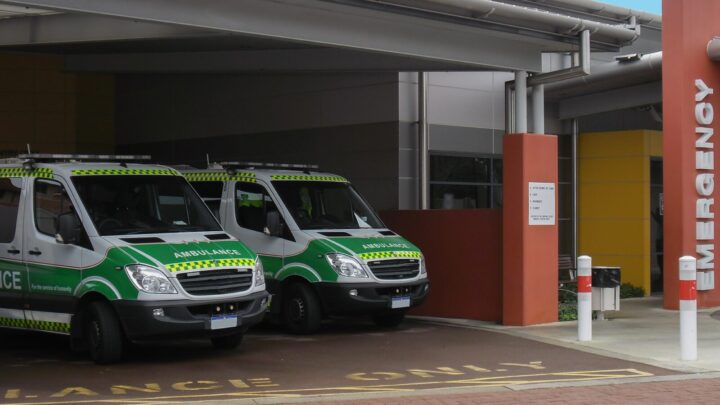 The life of 80-year-old grandmother Georgina Wild was lost on Sunday, May 15, when an ambulance allegedly took two and half hours to arrive at her home, in a trip that should take 15 minutes, given her priority one status.

Wild was found lifeless on her couch, television still on, nearly two and half hours after she had placed her initial triple-0 call at 2:30 am, complaining about chest pains.

According to the Courier Mail Wild’s call was flagged as an urgent priority one case, meaning paramedics should have arrived at her home in 15 minutes, however, she later received a call at around 3 am from St Johnn Ambulance call centre informing her that there were no ambulances available.

When the call centre made another welfare check again at 4 am, Wild didn’t answer. A voice message was then left on Wild’s answering machine saying they were” just calling to check-in”.

Two and half hours later, paramedics arrived at the pensioner’s home only to declare her deceased at around 4.52 am.

Wild’s family is currently demanding answers, expressing their outrage that it took more than eight hours for them to be informed of  Wild’s death.

A spokesperson from St John’s has apologised for the “regrettable instance,” expressing their “deepest sympathy to the family”.

“It is never good to hear of someone passing,” they said.

Also speaking to The Western Australia, Health Minister Amber-Jade Sanderson has assured that an urgent review of St John’s would be conducted.

“It is absolutely critical that when someone urgently needs an ambulance, it arrives in a timely fashion. I expect St John to do everything reasonably within its power to deliver a timely and effective service for the people of Western Australia,” she said.

Wild’s death is the latest in a series of incidents blamed on WA’s ambulance shortages, the state’s hospital system continues to struggle with its ongoing health crisis.

Prior to Wild, another woman in her 70s had also died from a suspected heart attack due to a delayed transportation response.

She was reportedly suffering from back pain and triaged “urgent” but had been neglected for three and a half hours, while her health rapidly deteriorated and ultimately leading to her death.

Earlier this month St John’s had issued a warning to Perth residents, explaining there would likely be delays in getting assistance as the state’s “extremely high” demand for its ambulance services outside the metropolitan area reached record levels.

“At present, about 25 per cent of the St John fleet in metropolitan Perth is ramped, and the State Operations Centre is continuing to receive call volumes of more than 40 calls per hour,” a St John spokesperson said in a statement, urging those with non-emergy heath needs to seek alternative support from either their local GP or urgent care clinic.

“Our priority is to provide care to Western Australians who require life-saving assistance.”