Ambulances: What are the rules in your state and do you need cover? 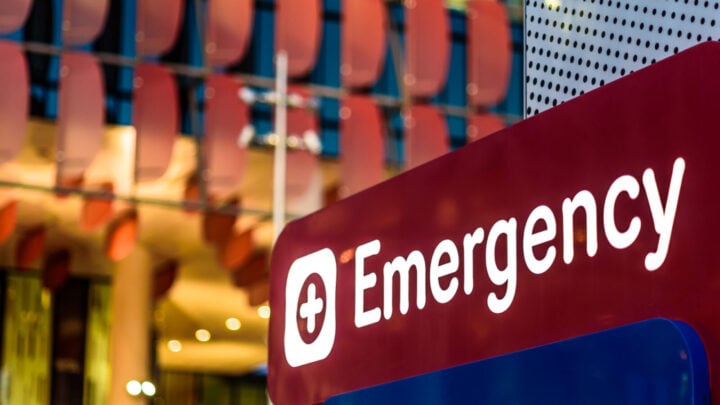 Ambulance costs vary from state to state, with some offering free services, while others could cost you thousands. Source Getty

According to a Finder study done earlier this year, 30 per cent of Australian’s surveyed believe an emergency ambulance trip would be covered under their Medicare. They are set to receive a rude shock, however, should the situation arise.

While Medicare covers a lot of healthcare expenses, a trip in an ambulance is not one of them, and each state has its own regulations for ambulance cover. So, depending on where you live, you may find yourself slapped with hefty out-of-pocket expenses after a medical emergency.

A spokesperson from Private Healthcare Australia told Starts at 60 there was no legislative requirement for ambulance cover in Australia, and consumers should check individual state laws and existing insurance policies carefully.

If you’re living in one of the two states that offer free ambulance services, then purchasing ambulance insurance is a pointless endeavour. If, however, you’re in a state that doesn’t cover the costs, a typical ambulance trip will include a call-out fee, plus an additional per-kilometre fee dependant on where you live.

So what are the rules in your state?

If you’re a resident of Queensland or Tasmania, you’re in luck! In Queensland and Tasmania ambulance services are paid for by the state government – so there’s no need to purchase ambulance cover if you are a resident in these states.

However, if you’re out of the state, things change a little. If you’re a resident of Tasmania and find yourself requiring an ambulance interstate, you’ll be covered by a reciprocal agreement in all states except South Australia and Queensland.

In New South Wales, the government only subsidises a portion of the ambulance cost, so, ambulance cover can help you avoid the risk of a hefty bill afterwards. NSW residents will be charged a call-out fee of $401, plus an additional $3.62 per kilometre — from the station to your pick-up address, to the hospital and back to the station — ouch! The maximum out-of-pocket cost you’ll be charged will be $6,571.

In Victoria, you’ll be required to cover the cost of your trip unless you have Ambulance Victoria membership, a concession entitlement or other coverage. Charges for an ambulance trip range from $1,265 in the city to $1,866 in a regional or rural area. If you need air transport, you’ll be paying $3,033 for an aeroplane and up to $26,852 for a helicopter. There are also exemptions available for eligible persons.

Residents of South Australia will be charged a minimum call-out fee of $233 for a non-emergency ambulance and $1,044 in an emergency. On top of the call-out fee, you will also be charged a per-kilometre fee of $6. You will not be required to pay if you hold a valid and current Ambulance Cover membership, or if the ambulance is called for the initial attendance at a motor vehicle accident. Pensioners may be eligible for a concession.

In Western Australia, the ambulance service works differently, depending on whether you’re a resident of Perth or a resident of regional WA. The service is operated by not-for-profit St John Ambulance. In Perth, you will be charged for an ambulance depending on whether it is a life-threatening, urgent or non-urgent call out. Fees range from $489 for a patient transfer vehicle to $1,006 for urgent or life-threatening incidents. For Perth residents, the only way to avoid being liable for these fees is to ensure you have ambulance coverage via your private health fund.

In country WA, the ambulance service fees will be covered if you have comprehensive country ambulance cover through the St John subscription service, which includes unlimited emergency and non-emergency transport. Membership costs depend on where you live, but start from $57 annually for singles and $95 for families. All WA aged pensioners are exempt from all ambulance costs.

For residents of the Australian Capital Territory, you’ll pay at least $982 to receive treatment and transport from an ambulance. If the ambulance has to travel outside of the ACT for treatment, you’ll be charged an additional $13 for every kilometre travelled. If, however, you don’t require transport (for example first aid or assessment is all that’s required at the scene) you can expect to pay $681. Most aged pension and concession card holders won’t have to pay for ambulance services within the ACT.

In the Northern Territory, ambulance services are run by St John Ambulance, and if you have a current subscription, there will be no charge for emergency ambulance transport. All residents are encouraged to take out a subscription or ambulance cover insurance. If you don’t have either, the ambulance cost is based on a call-out fee plus $5.25 per km after 10km. The call-out fee for an ambulance ranges from $370 for non-life-threatening or non-emergency situations to $815 for life-threatening call-outs.

The figures stated above may change annually and were correct as of April 2021. The individual state ambulance services are linked and will have the most up-to-date fees and information.

The Private Healthcare Australia spokesperson (who asked not to be named) told Starts at 60 there were a few things consumers should be looking for before choosing ambulance cover.

Secondly, when comparing policies, the spokesperson said it was important to read the fine print with some policies restricting the number of ambulance call-outs per year, or excluding air transport. “Make sure you are covered for an ambulance in an emergency including for both on the spot treatment or hospital treatment,” she said. “Ensure there are no limitations to the number of emergency trips each year. For example, what if you needed an air ambulance, will you be covered?”

The spokesperson said that when it came to choosing between ambulance-only and hospital cover, people should be aware that it could be problematic if the public hospital in the area is at capacity. “Ambulance-only cover is okay if you have a public hospital that has beds available,” she said. “But ambulance and hospital cover should go hand in hand. If you have hospital cover then you would be able to go to a private hospital emergency department, but you need to check that you are covered for that particular treatment.”

While it is ideal to ensure you are covered either through private health or a subscription service, you will be treated and transported to a hospital in an emergency, regardless of your ability to pay the bill. No one who calls an ambulance in an emergency will ever be refused help in Australia.

Did you know the rules in your state? Will you be adequately covered in an emergency?