‘I came up short’: Nick Kyrgios opens up about Wimbledon loss 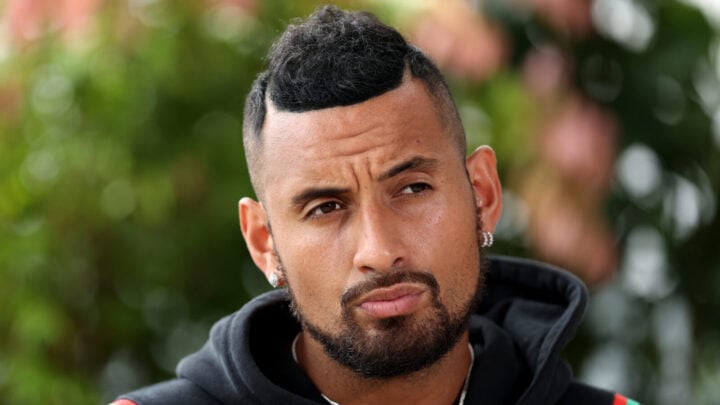 Nick Kyrgios has reflected on his recent Wimbledon campaign and what it takes to compete at that level. Source: Getty Images.

Australian tennis star Nick Kyrgios has reflected on his time at Wimbledon, admitting “you just have to be a mental animal to win a Grand Slam”.

Kyrgios’ Wimbledon campaign was nothing short of eventful with the 27-year-old overcoming a shoulder injury to reach the quarter-finals, being chastised by the tennis community for his on-court antics and being given a walk-over into the finals after Rafael Nadal was forced to withdraw due to injury.

However, Kyrgios missed out on winning his first grand slam title after losing to Novak Djokovic in four sets during the Wimbledon men’s final at Centre Court on Sunday, July 10.

The highly anticipated final showdown saw Djokovic record a 4-6 6-3 6-4 7-6(3) victory over Kyrgios at the All England Club. The impressive win continues Djokovic’s winning streak at the club to 28 matches, with his recent victory marking the first time he has won four consecutive titles at the tournament.

Kyrgios came out strong in the opening set, striking 14 winners and only four unforced errors. However, an unshakeable Djokovic turned the tide in the second set, racing to a 4-1 advantage in the fourth game. Djokovic was able to further his lead and take control of the match from a distracted and frustrated Kyrgios, holding a two-set-to-love lead in the third set.

Although a more composed Kyrgios secured a fourth-set tie in the end he could do little to prevent Djokovic from securing his seventh career Wimbledon title.

“Novak, Federer, and Nadal, I think I give them a bit more respect now,” he said in an interview during the Citi Open.

Kyrgios also opened up on the physical and mental toll a competition such as Wimbledon can take on a player.

“You can lose a Grand Slam in a day, but you can’t win one. It takes so many days. You know, you play a match and you have a day off, then you play again and then have a day off, like it’s the mental capacity to keep doing the same things over and over again for two weeks at the highest level,” Kyrgios said.

“There’s so many different things, intangibles. You might be feeling sick one day, like I fell sick before I played (Filip) Krajinovic. Your body is hurting, mentally. I couldn’t sleep for two days after Rafa pulled out. Physically, I felt great, but mentally, you know.”

Facing off against Djokovic in the final presented a challenge to the world No.45 and although he didn’t take home the win, Kyrgios enjoyed his experience at the tournament.

“I came up short, but it was the tournament of a lifetime and I’m never going to forget that.”