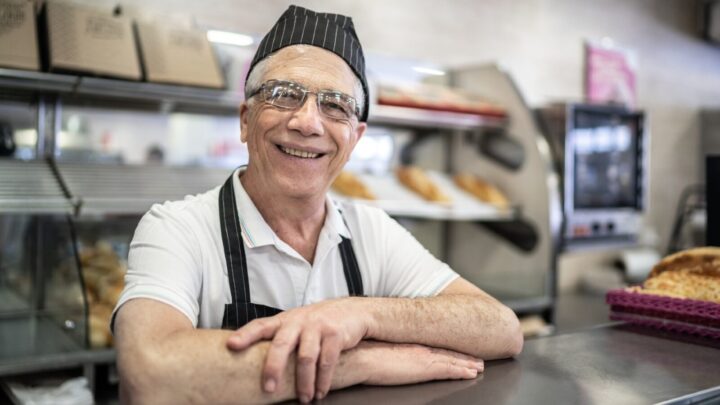 The new plan is set to be debated at next month’s Jobs and Skills Summit in Canberra. Source: Getty

Seniors could soon have the opportunity to re-enter the workforce without facing financial penalties to their age pension payments in a bid to help solve Australia’s significant labour shortage.

Currently, singles can earn a total of $180 a fortnight before their pension rate is impacted. Anything over $180 will lead to pension payments being reduced by 50 cents for each dollar over the limit.

Couples can earn a total of $320 a fortnight before the pension rate will be reduced by 50 cents for every dollar over.

For pensioners like 70-year-old Tony Andrew, it’s become a struggle to stay afloat.

Speaking to A Current Affair, Andrew says that while it’s “great to sleep in and laze around” there are bills to be paid.

“I definitely wanted to keep on working but we were penalised over a certain amount, so it wasn’t feasible to do that,” he said.

Under a proposal put forward by the Albanese Government, pensioners aged 66 years and six months could partake in work and complete extra hours without losing money from their age pension.

The plan has received the endorsement of Opposition Leader Peter Dutton, with plans for the proposal to be discussed during the Jobs and Skills Summit in September.

Dutton had previously stated that allowing seniors to work without financial penalty would “help relieve pressure on a very tight labour market” as well as “put downward pressure on inflation and interest rates”.

According to Treasurer Jim Chalmers, the upcoming Jobs and Skills summit is a great opportunity to further discuss the proposed plan but he also wishes to “hear people’s ideas” on how to fix the country’s crippling labour shortage.

“We’ve got a national unemployment rate around 3.5 per cent, we have the challenges that bring around skills shortages and labour shortages,” Chalmers said.

“Our goal is to build a bigger, better-trained and more productive workforce – boost incomes and living standards and create more opportunities for more Australians to get ahead.”

Chalmers has also made it clear that he is wary of how much it will cost the government to implement the plan.

“When addressing the labour and skills shortages Australia is facing right now, we need to weigh up all the different options and prioritise what can be afforded,” he said.

The new plan followings increased pressure from business and senior lobby groups on the Federal Government to allow more pensioners back into the workforce without losing their benefits.

In June this year, Australian Chamber of Commer and Industry (ACCI) chief executive, Andrew McKellar, argued that allowing pensioners to return to the workforce would be a win-win situation for both older Australian workers and businesses who struggle with staffing.

“The wealth of knowledge and experience that our aged pensioners could bring back into our workforce would help close the skills gap and encourage knowledge to be passed to younger workers,” McKellar said.

In 2021, the ACCI had told the government that around 60 per cent of Australians were on board with the idea to go back to work if meant they could still keep their pension.

“The disincentive for aged pension recipients to re-enter the workforce is significant. Currently, a pensioner can earn an average of $480 a fortnight, or $12,840 a year, before their payments are reduced,” he said.

“This is the equivalent of only one day a week at the minimum wage before their pension is reduced, resulting in an effective marginal tax rate of at least 50 per cent.”

A parliamentary inquiry examining the matter is expected to deliver its report in September.