‘Make a real difference’: Calls grow to remove barriers for pensioners who want to work 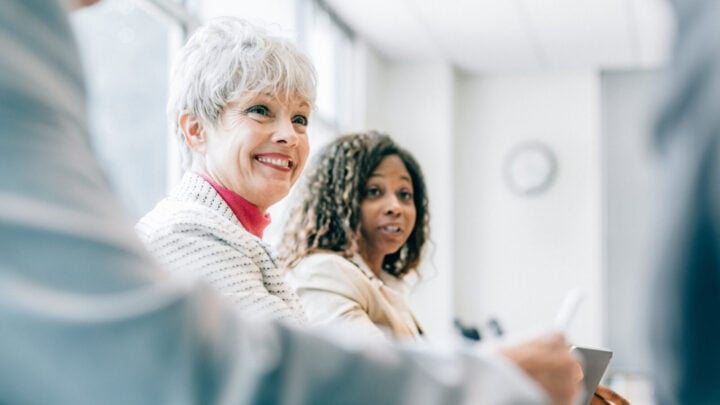 The Australian Chamber of Commerce and Industry (ACCI) has joined the chorus of voices calling for pensioners to be allowed to return to work without their age pension being subject to financial penalties.

ACCI Chief Executive Andrew McKellar welcomed the increased discussion around removing barriers for pensioners who wish to return to the workforce at the Federal government level.

“ACCI is heartened by the bipartisan approach to considering this policy and acknowledges Treasurer Jim Chalmers and Opposition Leader Peter Dutton for discussing the idea,” he said.

McKellar said older Australians have “invaluable experience” that would offer “a much-needed boost to the workforce”.

“By removing the barriers for pensioners who want to work, we can make a real difference in their lives and also help businesses struggling to find staff,” he said.

“The wealth of knowledge and experience that our aged pensioners could bring back into our workforce would help close the skills gap and encourage knowledge to be passed to younger workers.”

“ACCI is heartened by the bipartisan approach to considering this policy and acknowledges Treasurer @JEChalmers and Opposition Leader @PeterDutton_MP for discussing the idea,” ACCI CEO @mckellar_andrew said.

McKellar highlighted that under the current system “the disincentive for aged pension recipients to re-enter the workforce is significant”.

“This is the equivalent of only one day a week at the minimum wage before their pension is reduced resulting in an effective marginal tax rate of at least 50 per cent.

“The shortage of skills and labour is the number one challenge facing business across the country. If businesses don’t have access to the workers they need, they cannot operate at full capacity, and cease to remain internationally competitive.”

McKellar told Sky News that despite the hurdles currently in place, he was encouraged by Treasurer Jim Chalmers’ comments that the matter would be discussed at Labor’s upcoming Job Summit in September.

“I think it is encouraging, and certainly it’s an issue that we will be bringing to the Job summit. I think we will be saying there are a number of ways that we can potentially do this,” he said.

“But we have to find a way to remove the disincentive for people on the age pension who want to work two or three days a week, that they can do that without being fundamentally penalised in terms of losing a lot of their age pension.”

The debate around removing financial penalties for pensioners wishing to return to work came to the fore recently after Opposition Leader Peter Dutton announced that he wanted to double the amount age pensioners can earn before their pensions are reduced in an effort to both fix staff shortages and help with the rising cost of living.